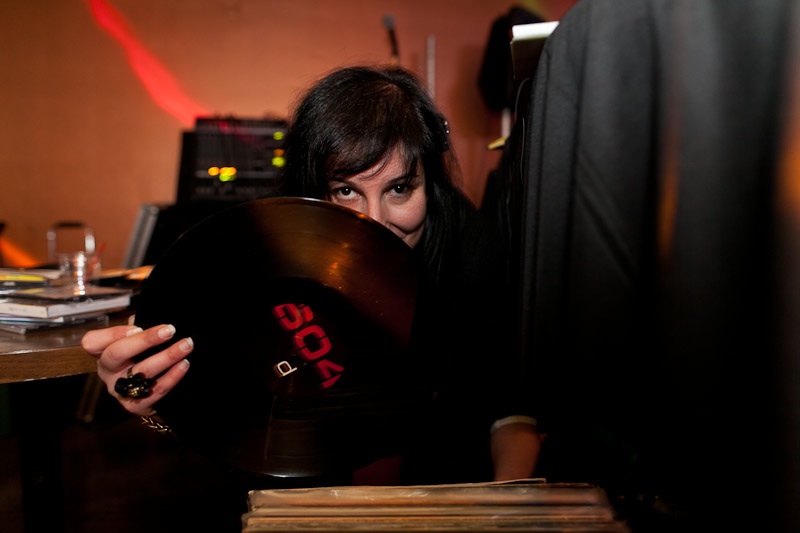 Liz started DJing as a college freshman, when she was hired on as part of the staff at KXLU 88.9 F.M., one of the leading, student-run college radio stations in the country. In less than a year, she was fielding offers for club gigs. She first made a name for herself in the goth and industrial scene, spinning regularly at Coven 13 throughout her college years. Later, she moved on to Britpop, indie and electro sounds. She spent several years as a resident at Bang!, where she helped introduce bands like Ladytron, The Faint and Muse to club audiences. She was also a resident at L.A.’s biggest ’80s club, Beat It. For two years, she ran her own party, Transmission, at the Parlour in West Hollywood, which was well-regarded for its emphasis on electro, post-punk and new disco.

Currently, Liz O. is one of the rotating residents at UUnderground, held Friday night’s at Chinatown’s Grand Star Jazz Club. Her DJ sets focus on merging the past with the present, combining the best of the new wave and Britpop eras with the latest should-be hits. Her specialties are synthpop, Britpop, post-punk and electro. She does not currently have any mixes online, but check out the Set Lists section of this blog to see what she’s playing.

Liz is available for gigs. For more information, please contact her at lizohanesian [at] yahoo [dot] com.