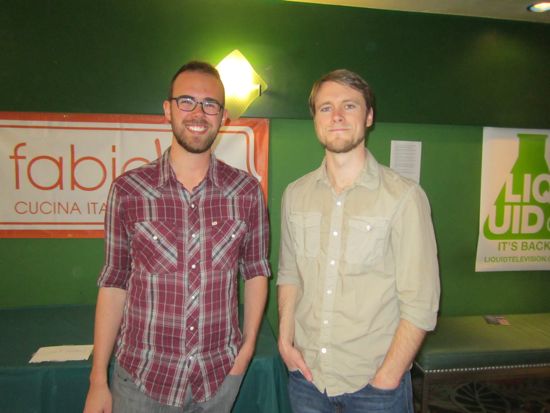 Dick Figures is an animated web series, an exceptionally popular one at that. It’s the sort of show that you don’t realize has a ton of fans until you write about it, see the story go up on their Facebook page and watch the comments.

Right now, the team behind Dick Figures wants to make a movie, one that’s at least a half hour long (very long in comparison to the YouTube episodes). They’re trying to fund this through Kickstarter. The goal is $250,000 and they have 11 days left to reach that. Right now, they’ve cracked $190,000. According to their Kickstarter updates, this means that Dick Figures has broken a record for funding of an animation project. Of course, they still have to reach the goal, otherwise they get nothing. Such is the way of Kickstarter. Whether or not they hit that goal, there’s still an interesting lesson here.

For a $15 pledge, backers will receive one DRM-free HD digital download of the movie, plus some other goodies. As of today, 1224 people have essentially purchased the movie at the $15 level. Since the download is included with all the other packages, anyone who pledges at least $15 bought the movie. Most of the 3,229 people who pledged fall into that category. In other words, there are still people willing to pay for entertainment, even if it isn’t a tangible good. More importantly, there are people willing to pay for another installment of a series that was already available for free.

Or, you could say it means nothing. Everybody has their own opinion. My own is one of hopefulness. Just about everyone who works in a creative field is in a weird place right now. Our industries are breaking down, our traditional means of making a living are slowly disappearing, and we have to find ways to get our work out there. A lot of us see our work distributed online without cost. (Out of the ridiculous amount of stories I’ve written in the past three years, all but four are available for free online.) Does that mean that no one will ever buy anything we do? Not necessarily.

Of course, I have no answers on how to get people to buy your work. Not yet. I’m trying to learn, though, so you’ll be reading more about this in the future. For now, keep your chin up and remember that there’s always a solution. It may not be as simple as “launch a Kickstarter campaign,” but there’s one lurking underneath the frustration.