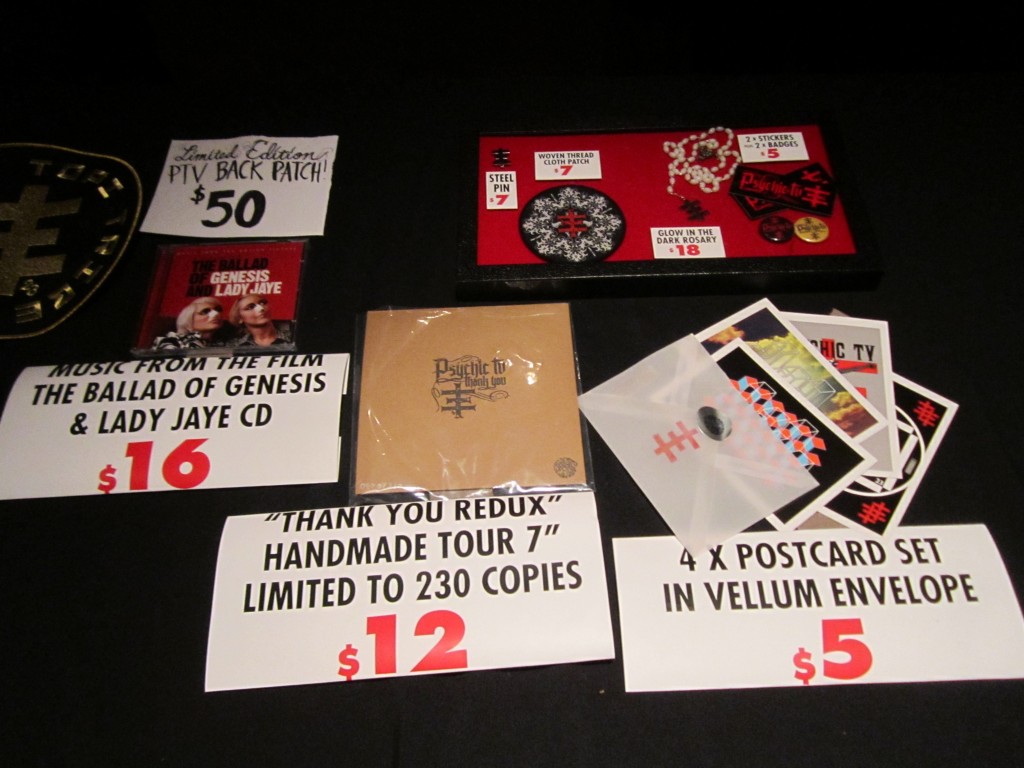 Sunday night, I went to see Psychic TV at the Echoplex. It’s the second time I’ve seen the band and, as expected, it was an amazing show.

One of the highlights of the night was the band’s merch booth, or, specifically, the Psychic TV rosary at the merch booth. My partner in all that is awesome saw the rosary first. He said I had to have it. I knew I had to have it too. After all, I’ve had a thing for rosaries since I was a kid (not sure if that’s because of Catholic school or Madonna fanaticism, probably both). He got it for me. I ripped open the package and put it on immediately. 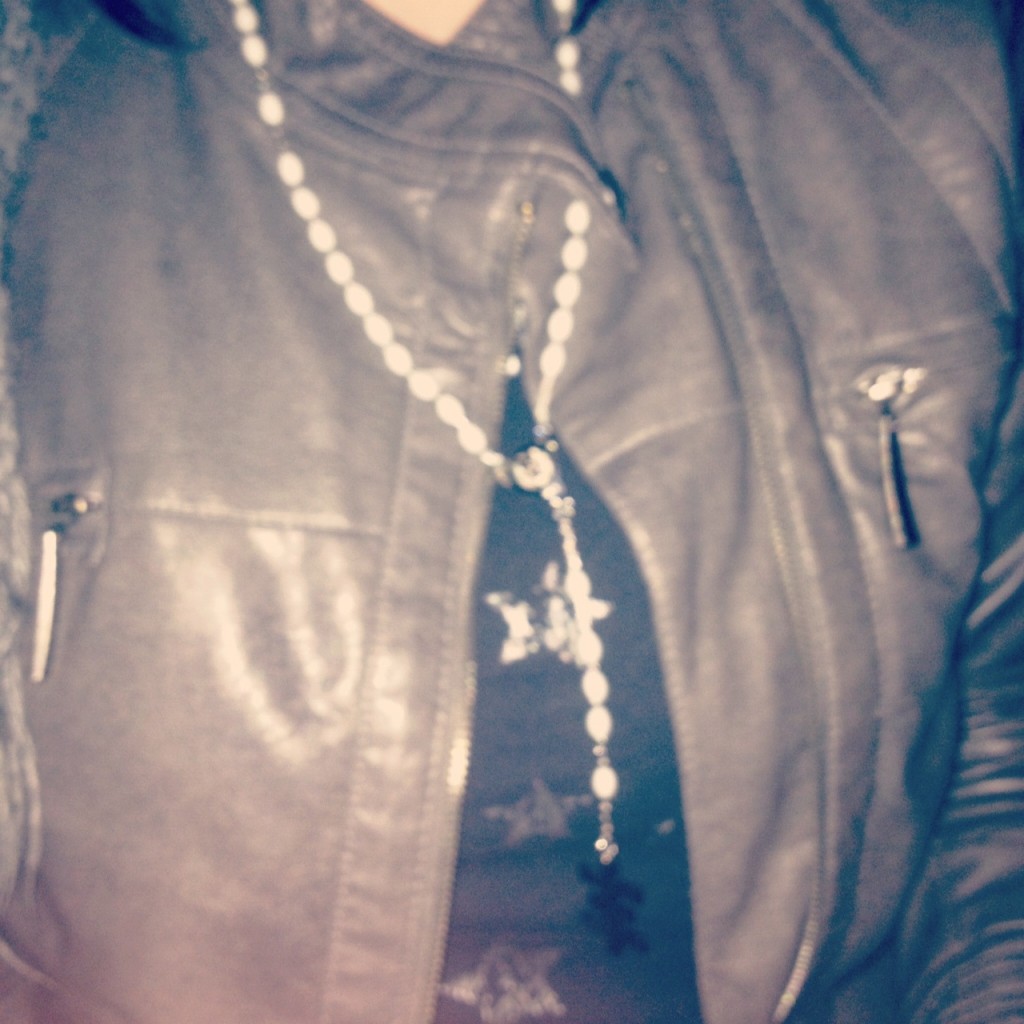 This is a glow-in-the-dark rosary. At the end is the Psychic Cross, the band’s logo. The tiny medallion in the center is of two people merged together, symbolic of pandrogyny. Underneath it is the number 23, which has come up a lot throughout the band’s history.

After I tweeted this photo, a few people mentioned that they wanted the rosary. You can buy it online at P-Orridge Shoppe. You can also check out a close-up photo of the piece there.