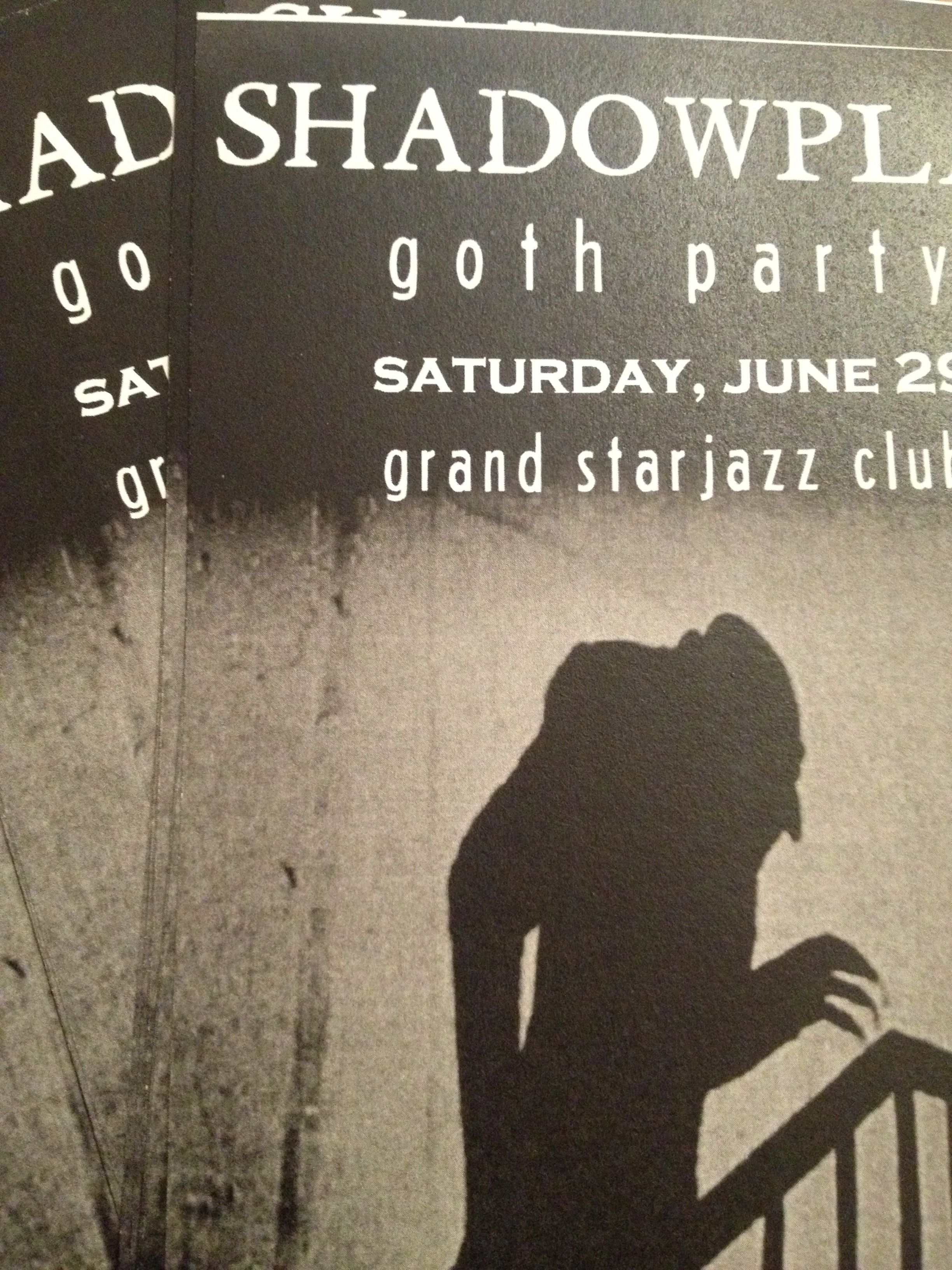 I have a few DJ gigs coming up on the horizon. Here are the details.

I’m back at Underground this Friday night and we’re doing a tribute to one of our Britpop heroes, Jarvis Cocker. Larry, Diana and I will be playing our favorite Pulp tracks, plus a lot of other hits from the U.K. and beyond. RSVP on Facebook or through Underground’s website for free entry before 10 p.m. and $5 entry thereafter. Without an RSVP, the cover is $8.

On Saturday afternoon, I’ll be back at the Grand Star with a few stacks of vinyl for Beat Swap Meet. This is one of my favorite events in L.A., a record swap meet that takes over Chinatown every couple months, and was so excited that I was asked to play for this event. I should be on the decks at around 3:45 upstairs at the Grand Star. Even more exciting is that Free Moral Agents is playing live. Make sure you catch their set.  Beat Swap Meet is free with a canned good donation. Check out Facebook for more info on the event.

Remember how we did a couple goth nights at Underground? The response was so good that we decided to let Shadowplay go off on its own. Our first proper Shadowplay party is June 29 at the Grand Star in Chinatown. Larry, Diana and I will be digging into our record collections once again for the spookiest tunes we own. RSVP on Facebook or through Underground’s website to get in for free before 10 p.m. Otherwise, the cover is $8 all night.

This is a ways off, but you might as well mark your calendar now. I’m DJing at Club Microwave on August 3. This is a cool event from the fine people behind 8 Bit Weapon and ComputeHer and I’m excited to be playing it. RSVP on Facebook.

Last night, I played Zerox, a monthly party at La Cuevita in Highland Park. It’s an ’80s night, but not your standard one. Resident DJs Eric Dead and Ralphie Nigma play a lot of interesting punk, goth, new wave, ska, etc. I took the opportunity to bust out some tunes that I don’t normally play in my sets, along with some of my favorite hits. Thanks to Eric and Ralphie for having me play last night. Also, thank you to those of you who made it out to the party. It was a great time!
Here’s my set list:
END_OF_DOCUMENT_TOKEN_TO_BE_REPLACED

If I were to rank the shittiest years of my life, 2007 would be at the top. I was struggling to finish grad school on an almost non-existent income so that I could get a good job in an industry in which good jobs had suddenly ceased to exist. The resumes I submitted went unanswered. The query letters I sent for freelance work were met with rejection emails. The music magazine that I was editing folded. The DJ gigs had all but completely dried up. I was working part time at a law office with the sneaking suspicion that filing paperwork would be the rest of my life. Nothing I could make would even come close to paying off that grad school debt, plus the lingering loans from undergrad. On top of that, my dad spent nearly the entire last month of the year in a hospital bed.

At the dawn of the new year, my dad came home from the hospital and I decided that I needed a change in my life. Up until then, I was strictly a music writer. I interviewed bands. I wrote record reviews. I used the words “burly” and “ethereal” far too often. Music writing was getting to be a bore. The stories I wanted to write– the ones about electronic and experimental artists getting all philosophical with their approach to remix culture– were the ones no one wanted to buy. The ones that were a market success were run-of-the-mill short band profiles that hit when the album or tour did. Sometime during that first week of 2008, I was goofing around online at my day job when I stumbled across an anime convention, Anime Los Angeles, that was taking place in Burbank the following day. It looked interesting and, at the very least, I could probably find those Paranoia Agent DVDs that I wanted there. That Friday, after my office shift was done, I headed over to the Burbank Convention Center in a godawful January storm. I stayed there until late in the evening and was so inspired that I wrote about the experience for a Razorcake Magazine. That was my first convention story.
END_OF_DOCUMENT_TOKEN_TO_BE_REPLACED

It was sometime late in the afternoon or early in the evening. My friend Tony and I had spent the whole day wandering around L.A. Pride, where I was working on a story for L.A. Weekly. We were tired and sunburn and about ready to make the long haul by foot back to Astroburger, where we told my husband to pick us up at the end of the day. We were trudging through the grass, maneuvering our way in between crowds of people. I stopped.

There was a girl on stage dropping verse after verse about all the problems you incur when people confuse you for Madonna. I know, it’s rough, especially when…

The girl on stage had backup dancers. They were moving together, not quite vogueing, but heading into some sort of structured formation.

We stayed put for the whole song, swaying our exhausted bodies back and forth to the beat. At the end, we agreed, this was a jam.

Hi-Fashion is Rick Gradone and Jen DM. They are from L.A. They apparently have played Mustache Mondays. They also recently raised a bunch of funds on Kickstarter for a new EP.

I don’t know why I have never heard them before today. They sound so much like what I would have played back when I was DJing at The Parlour. They are fantastic.

The clip above is “I’m Not Madonna” from a performance at Mustache Mondays. Hope you like it too. 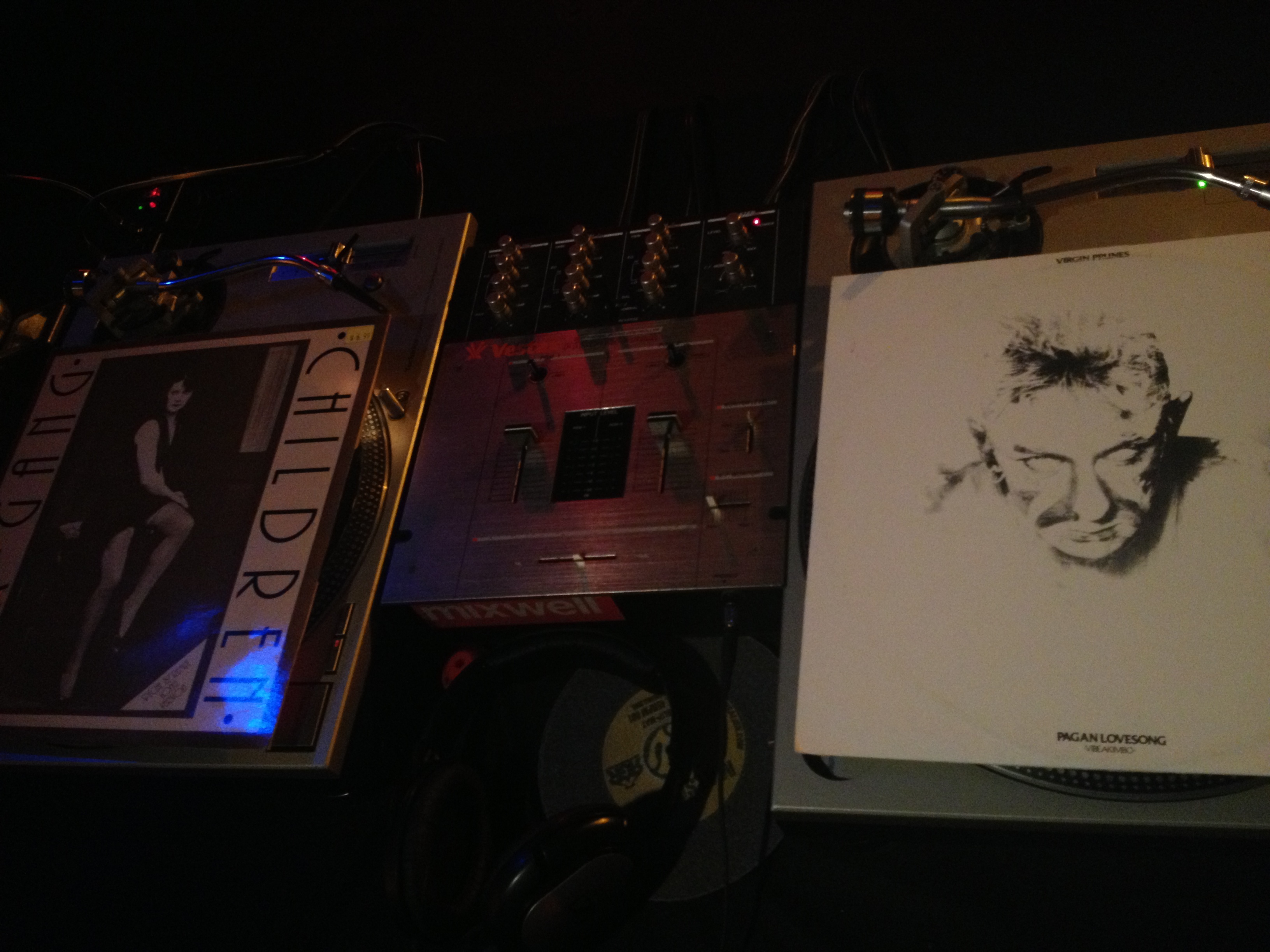 We had a blast at our second Shadowplay party at Underground last night. Thanks to all of you who came out and got spooky on the dance floor with us. This summer, we’ll be spinning off Shadowplay as it’s own, monthly party. Stay tuned for more details.

Here are my set lists.
END_OF_DOCUMENT_TOKEN_TO_BE_REPLACED