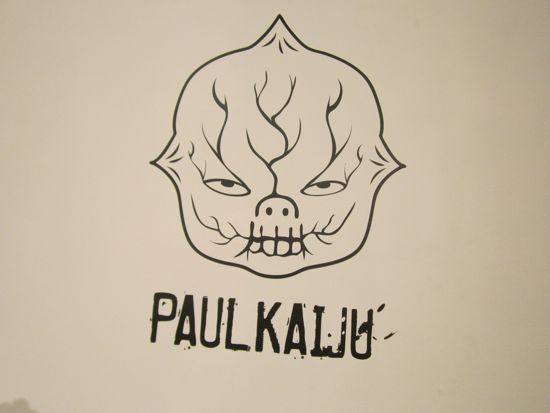 Paul Kaiju had his first solo show in L.A. at Toy Art Gallery last weekend. I covered the event for my L.A. Weekly column, Cult Stars. Below are photos from the show that did not appear in the blog post. “Paulyvinyl State of Mind” is open through March 18 at Toy Art Gallery, 7571 Melrose Ave., Los Angeles.
END_OF_DOCUMENT_TOKEN_TO_BE_REPLACED 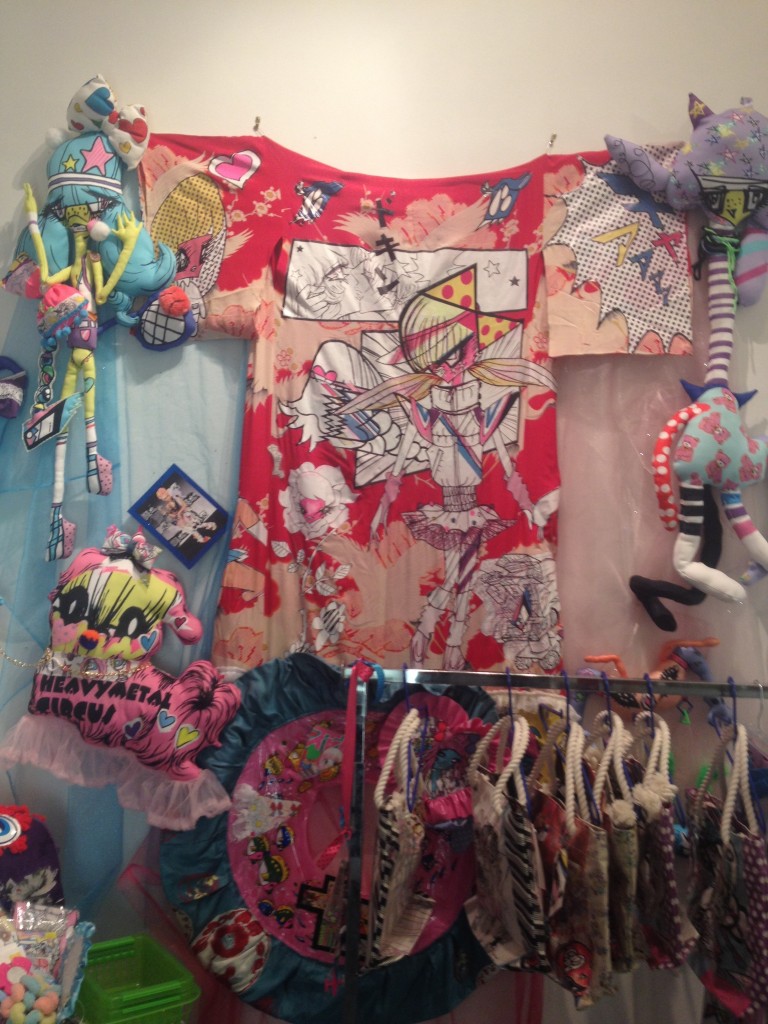 Shojono Tomo’s clothing has appeared on Nicki Minaj so many times that the superstar gave her a shout-out in Ester Dean’s song, “Gimme Money.” But Tomo doesn’t limit herself to fashion design. She’s a multi-disciplinary artist, one of the most creative and fun-loving people I’ve had the pleasure of meeting.

Right now, Tomo’s work is on display and for sale at Munky King on Melrose. The display pieces include her hand-painted kimono that’s on loan from the Museum of World Culture in Sweden. You can also check out some of the items from her web store in person, including the adorable “Pants Invaders” leggings, which recall a certain old school video game, and the “Lost in the Supermarket” leggings (points for sharing a name with a song from The Clash). There are also bags, hats and an assortment of other goodies.

I stopped by Munky King on Saturday and took a few photos of the display. Check them out below and see Tomo’s “mini-shop” in person up until March 26.
END_OF_DOCUMENT_TOKEN_TO_BE_REPLACED 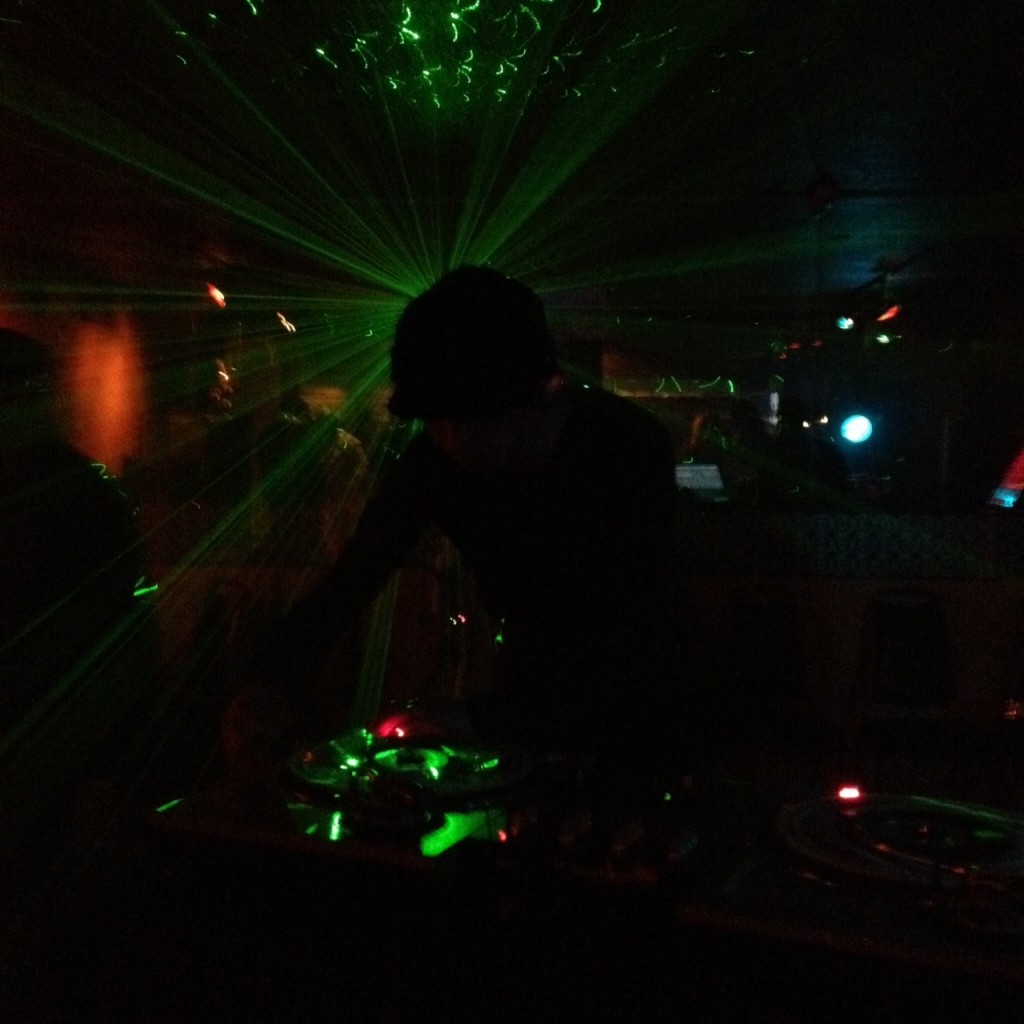 I stopped by Underground last night, not to spin, but to say hi to my DJ pals. This week’s special guests were Chris B. and Shogo Mitsukuri. Chris B. and I played together and Bang! for several years and, for a while, Shogo was the club’s VJ.

I did a blog post about Shogo for Underground’s site. He ran a Britpop party called Snap! in Osaka and has excellent taste in music. I was excited to hear him play “Beat Surrender” from The Jam. It’s been a while since I danced to that.
END_OF_DOCUMENT_TOKEN_TO_BE_REPLACED