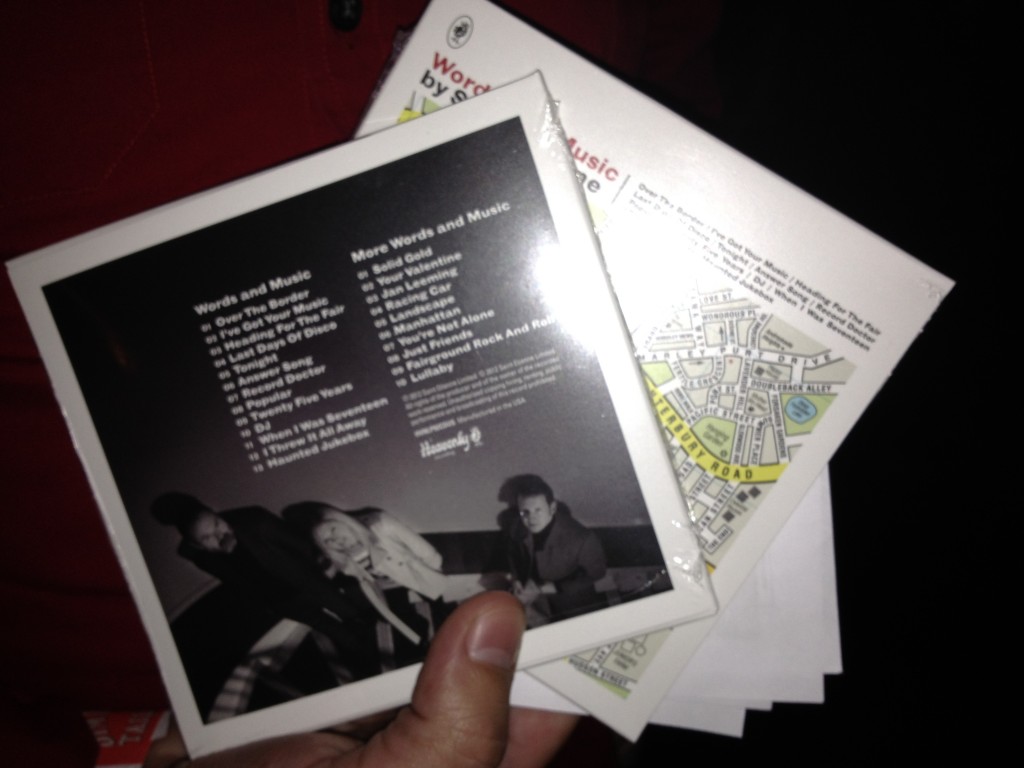 Words and Music is all about people like us. There are songs about the moment you fall in love with music, songs about hitting the clubs, songs about getting ready for the big concert. I interviewed the trio from Saint Etienne once, not long after I graduated from college. We spent a lot of time talking about record shopping. They might be more like my small group of pals than any band I’ve ever met.

There aren’t a whole lot of people like us, people who are genuinely, deeply in love with music. We’re the students of radio stations, music magazines, record stores and tiny clubs in parts of town where no tourists go. We’re the people who get eyerolls when we mention that one obscure album from someone famous in our record collection. We get groans when we say we saw some huge band back when they were playing indie clubs. Ugh, it’s just a statement of fact.

Some might tell you that there are less of us now, that this is a symptom of the file-sharing age. That’s not true. We were always few in numbers. If the opposite seemed true, it was only because we spent the last days of the 20th century and the dawn of the 21st traveling in packs. We still do, but the packs are smaller. People moved, married, had kids, got jobs that sucked our energy, stopped hitting the town. We go through phases where we can’t afford to record shop or go to many concerts. We drop out of sight and then come back. We still exist. A bunch of us met up at the Saint Etienne show at the beginning of this month. Everything you need to know about us is on the band’s new record.

Today I’m thankful for music. I’m thankful for every band that came into my life. The ones I worshipped from afar, the ones that became my friends, the ones who broke up before I ever knew who they were, the ones I’ve seen live more times than I can count. Music gave me a purpose in the most obvious sense, I’ve been working in music-related fields since I was 18. More importantly, music is how I made almost every one of my good friends. In high school, we forged friendships by complimenting the stickers on our lunchbox handbags and the band t-shirts under our button down uniform shirts. In college, we were the ones working at the radio station. There were the friends I made hanging around goth clubs and Brit pop nights, later as a DJ at those kinds of parties. Many of those friends are still a huge part of my life. So are the people I met in chat rooms and on message boards back in the dial-up days of the Internet. We may have stayed friends for reasons far beyond our collection of favorite bands, but music was almost always that first conversation starter. I’m grateful for my friends every day. They’ve been supportive during the worst of times. They’ve made life a lot less boring, especially, when we were totally bored. I can only hope that I’ve been able to do the same for them. But, today, let’s thank the music that brought us together. Turn up the stereo.