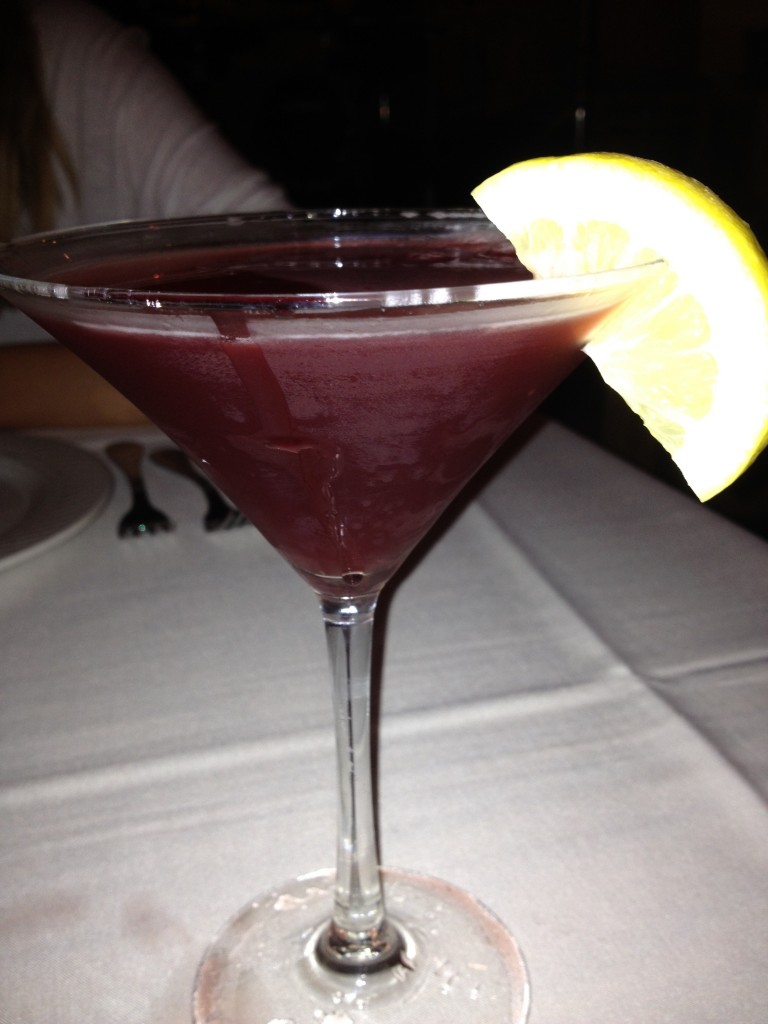 Carousel’s pomegranate martini. Dinner and a drink is key to a good meeting.

My friend Shannon and I have a project called Hard Road to Rad, where we interview creative people who spent long, grueling hours on amazing projects. It runs on Meltdown Comics’ website. Last night, we decided to have a dinner meeting to discuss what we have coming up in the series.

This had to have been the best meeting Shannon and I have had in our four years working together. Actually, it may be the only “meeting” we’ve had. Usually, we just chat over lunch when we’re on assignment. I’m not disclosing the contents of the meeting, just know that we have some really incredible stuff coming your way in the next few months. I am however, letting you in on the three things that helped make this meeting so productive. Keep reading.

1. Get a dinner and a drink. Don’t forget the drink.

Lunch meetings are horrible. You’re going to spend most of the time checking the time to see when you need to get back to work. Dinner meetings, especially if they’re later, are much more relaxed. By 8 p.m., you’re pretty much done for the day, so you can focus on the future without stressing over the present at the same time. Unless you can’t/don’t drink alcohol, get a good glass of wine or a specialty cocktail or something. This will help you get into the mindset of not working. When you don’t think you’re working, you’ll come up with the best ideas, at least, I do.

Make sure you go to a restaurant where they don’t rush dinner. We went to Carousel in Glendale. Armenian restaurants are a good bet, because our dinners don’t end until the umpteenth cup of coffee, which is usually somewhere close to midnight. Just don’t order family style because there will be no room left on the table for your notebooks.

You’re phone isn’t going to cut it. Bring an actual notebook and an actual pen so that you can write down all the best bits. Make sure you bring two pens because if you’re partner is like me, she will use the pen to write down something in the car before walking to the restaurant and then leave said pen next to the gearshift.

When you’re talking about your project for two-and-a-half hours, you’re going to run out of steam. Go off topic often.

The whole point of meeting with your project partner is to get new ideas and if you spend the whole time running down a laundry list of stuff both of you already know, you’re not going to accomplish anything. If you end up talking about some comic book you read years ago or a random project you did in college, it’s going to spark an idea for something you can do now. Just keep talking.