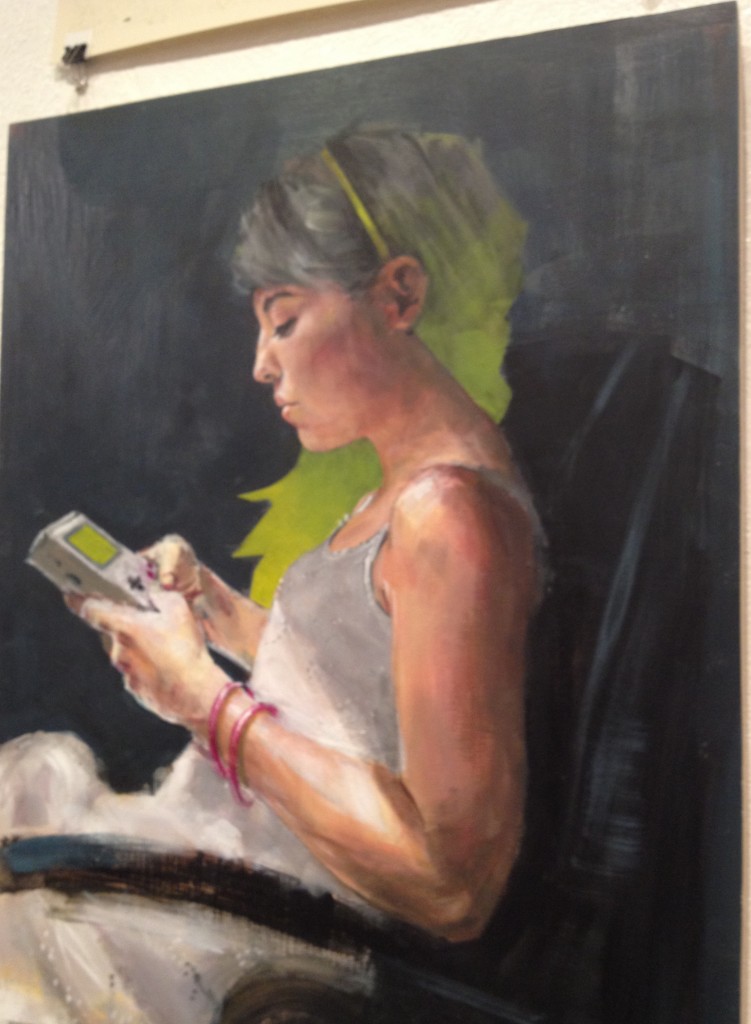 More importantly, there were a lot of stories that were published. Unfortunately, I didn’t keep track, so here are a few from the past week.

I didn’t get to attend E3 this year (sad face), but I did go to Giant Robot’s video game-themed art show last weekend. Held at GR2, Game Over featured art inspired by those games we love, like the Kwanchai Moriya piece seen in the above photo. It also featured two actual games developed specifically for the event. You can read more about it in my Monday column for L.A. Weekly.

Shannon and I revamped our Meltdown Comics column. It has a title, Hard Road to Rad. It has a theme, which should be evident from the title. It even has a Facebook page. For our latest installment, we met up with Misha, a fantastic L.A.-based artist whose upcoming eye surgery has had an interesting impact on her work.

I don’t know how this story jumped to the top of the blog’s most viewed list (on the sidebar) in less than 24 hours, but it did. It’s just a list of relatively recent anime series that will have some sort of presence at Anime Expo this year, based on the guest list that’s been announced. I do recommending reading this and checking out everything on the list. They’re all good. They all have episodes that you can watch online for free without feeling guilty about it. (In other words, they’re legitimate streaming sites, like Hulu.)

On a final note, I’m on the decks at Underground tonight. RSVP on Facebook if you feel like going out later.