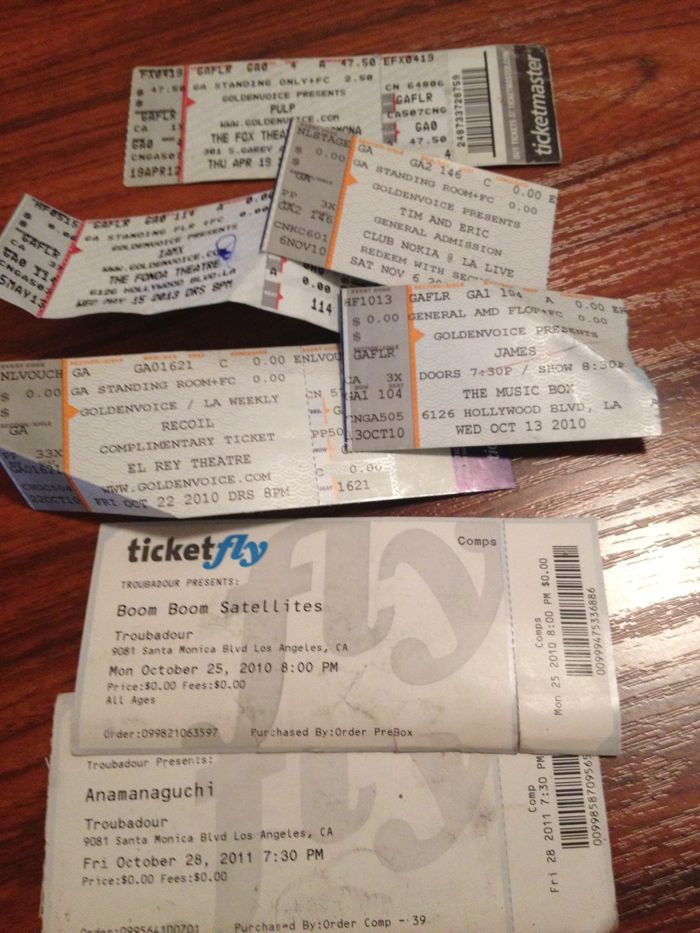 Somewhere at my mom’s house, there’s a closet filled with handbags that belong to me. There’s also a small stash of them inside my own closet. There are no purses, at least there haven’t been any since a wise friend advised that “you purse your lips, not your handbag.” Each bag was, at one point in time, an object of obsession, something I used daily for months on end, until the inside became a mess of gum wrappers, receipts and other crap.

Last year, the job of carrying around Liz’s junk fell upon a medium-sized, soft leather bag– maybe a satchel, maybe a hobo bag, not sure that even matters– found at Target. It is less than a year old. It looks as though I’ve owned it half my life. That’s not intentional, that’s because I’m a slob.

And, on Sunday, my neat-freak husband, in an attempt to help me help myself, decided that we would spend what felt like an hour cleaning out the handbag.

Carlos got out a flat piece of cardboard and laid it on the floor. He likes to put things into sorted piles. Also, he might have been nervous about what sort of ooze might drip onto hardwood in a space we rent. He picked up my bag and commented on the heaviness of it. He said it was bad for my back. I said it was like having an extra pair of breasts hanging from my shoulder. No doubt the straps were starting to leave marks resembling underwire grooves.

He dumped out the contents of the bag and we began sorting. Half a box of tampons– sans box, of course- peered through the receipts. Light days, regular days, heavy days, a bountiful collection of Walgreen’s Tampax knockoffs, each wrapped in paper that was fraying at the edges. They must have hit some sort of expiration date or achieved a level of grodiness that I could no longer handle. They were trashed.

Then there were the receipts, crumpled illegible lists of purchases that were in no way useful or necessary. Those mingled with random club flyers and old Lotto tickets that turned out to be losers. Somewhere in that pile were the business cards, which we salvaged, and a couple gift cards that I have yet to use. Oh, there were concert ticket stubs too, souvenirs from shows that took place two years before I bought this handbag. How the hell did those get in there?

At the bottom of all this was the change, mountains of coins covered in unchewed gum that somehow broke free from their wrappings. There were a few loose dollar bills too, enough to swing a round of drinks at Satellite that night. The coins, though, were a surprise. After a good washing, Carlos took them to one of those coin exchange places. Turned out that there was enough there to make a dent in a grocery bill that has risen dramatically since we gave up junk food.

Now, my sizable bag contains only the essentials– wallet, notebook, pens, lipstick, mirror, TAP card, mints, padlock for the gym locker– and my shoulder isn’t constantly aching. Life is good when your handbag isn’t weighing you down.