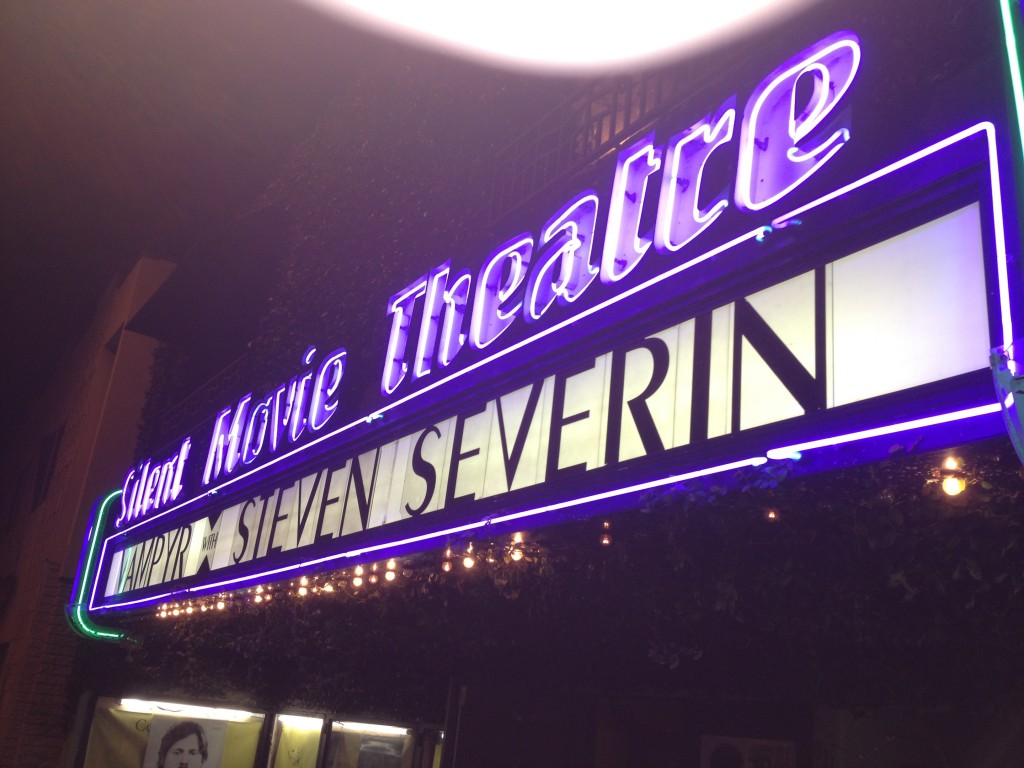 This was the first week of my second year as a full-time freelancer, so I dove head first into pitching new stories, as well as starting work on a non-fiction book proposal and a screenplay, and documenting as much of it as I could on Twitter and Facebook. It was an interesting experiment, and a successful one. I finished the week with five new story assignments, which might be a record for me.  That said, by Thursday night, I was more than ready to do something just for fun.

I happened into a pair of tickets to see Vampyr, the 1932 film from Carl Theodor Dreyer, at Cinefamily with a live score provided by Steven Severin, former bassist of Siouxsie and the Banshees. I’m a huge fan of the Banshees, in fact, my second concert was the show at Universal Amp for the Superstition tour, so this event, much like Severin’s first live-scoring gig at the theater, was a must.

Vampyr is an interesting film. As Hadrian of Cinefamily pointed out before the screening, it’s not a silent, but there isn’t much dialog and it strongly resembles a silent film. It’s the kind of movie where wide eyes and arched brows say more than words. I have never seen Vampyr before last night and was stunned by its striking shadows and beautiful shots. The live score aspect, though, made it a truly great experience.

The set up was no different from his 2010 appearances at Cinefamily. Severin performed on his laptop in the front corner of the theater, never obscuring the screen. The room was dark, the only lights coming from the film and the musician’s laptop. When I could catch a glimpse of Severin, he glowed in Mac light. I could catch a bit of his profile and his long, gray hair. The music was ambient electronic in nature, ebbing and flowing along with the film. He moved from eerie serenity to clanky intensity throughout the feature.

The Vampyr soundtrack was released last summer and it is available for purchase on Bandcamp. For those of you in San Francisco, you can catch this special performance at the Roxie Theatre on Monday.  The always lovely Jill Tracy will be performing a piano set at this event as well.