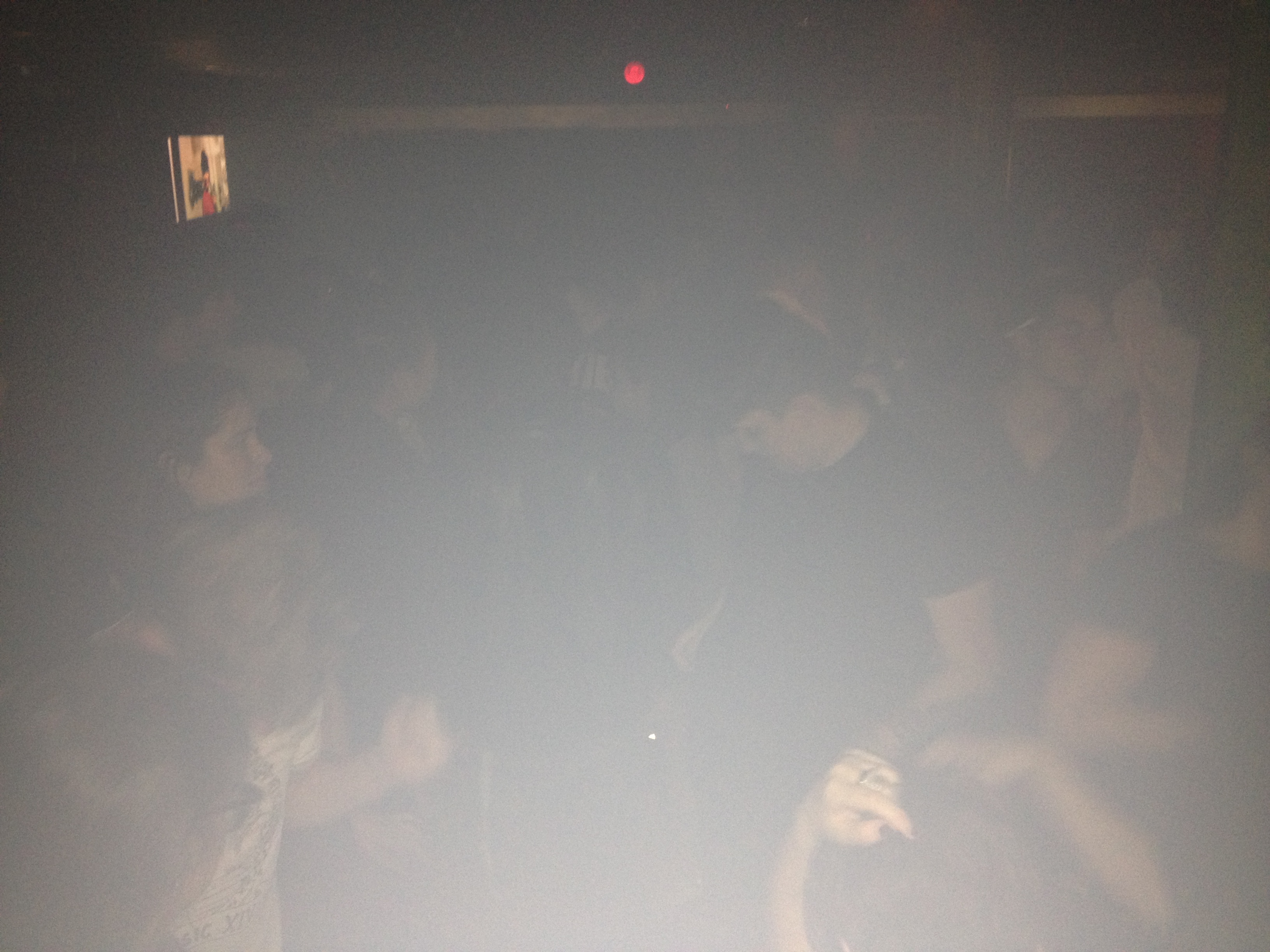 Dancing in the fog to “Sex Dwarf”

I took this photo from the DJ booth last night, while I was playing “Sex Dwarf.” The fog machine was pumping. The music was blasting. The floor was crowded. It was a good night.

Friday was our New Order party at Underground. We couldn’t ask for anything better. People started dancing early and stuck around to the very end. We met one lady who came up from Tijuana for our party because she had seen posts about it online. There were a lot of old friends and new friends inside the club bringing some of the best energy I’ve seen in a while. I played Savages and people kept dancing. When something new does well, I’m ecstatic.

Also, this marked the first time Diana and I played a tag team set. It was fun. We should do it again. Here are my set lists from the night.

Presets– Are You the One?

Peter Murphy– Cuts You Up

* Diana’s Pick. Pretty sure it was “Goodbye Horses.”