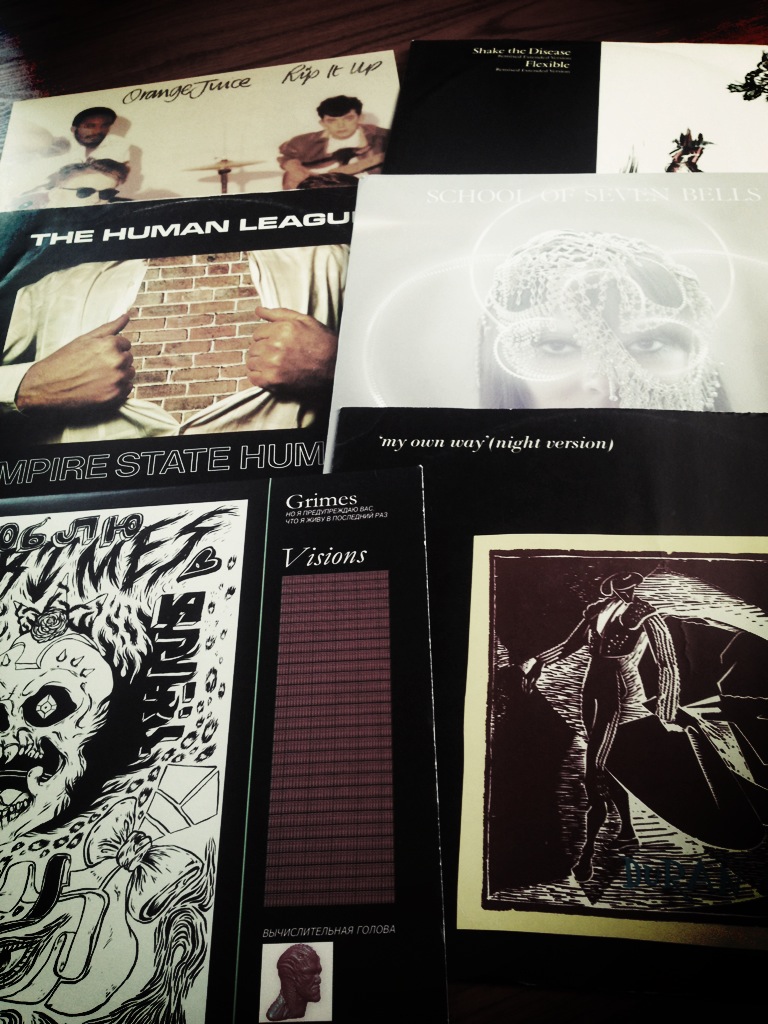 Last night was Underground vs. Amoeba. Larry G. and Diana M. played at Amoeba in Hollywood early Friday night. At the same time, I was playing a pretty hefty opening set at the Grand Star. I was just thinking about how cool it would be to do a split-screen webcast of something like that. Regardless, Larry and Diana joined us at the Grand Star later that evening and we traded off sets as normal. It was a fun night with a good crowd. Check out what I played. (Note: I tweeted the above photo while I was packing my crate. Ended up playing two out of six of those selections.)

The Horrors– Who Can Say

White Lies– Farewell to the Fairground

School of Seven Bells– The Night

Marc and the Mambas– Torment

Siouxsie and the Banshees– Slowdive

Adam and the Ants– Antmusic

The Smiths– What She Said

Depeche Mode– But Not Tonight

Boys Don’t Cry– I Wanna Be a Cowboy

Modern English– I’ll Stop the World and Melt with You

Peter Murphy– Cuts You Up