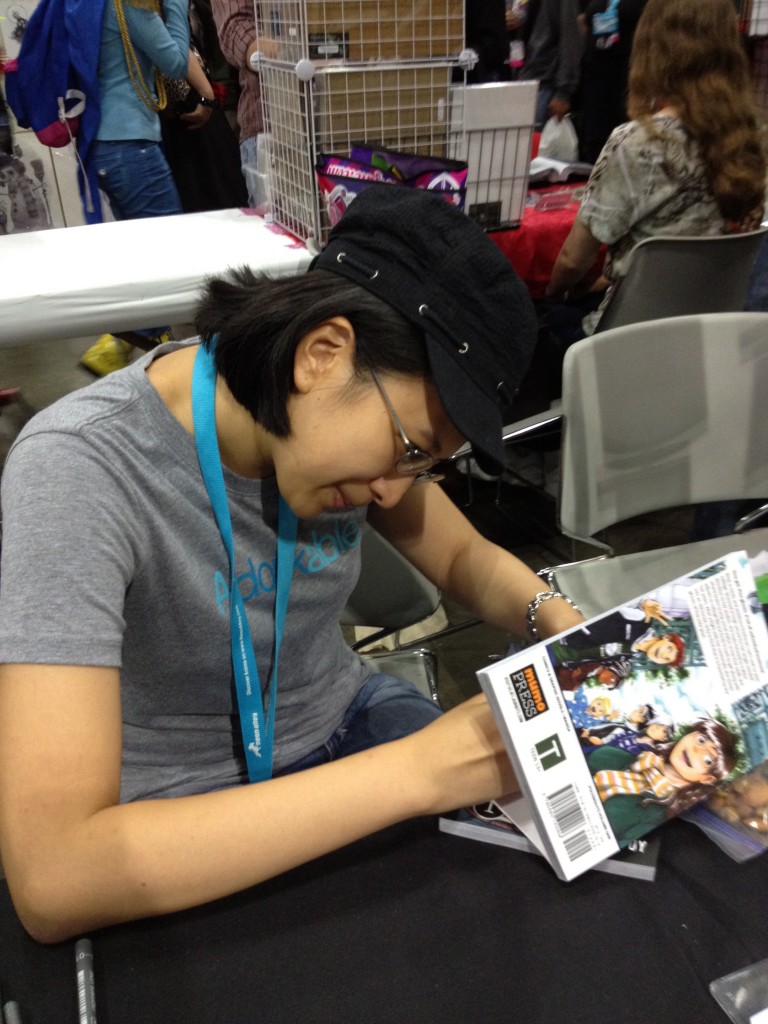 About a month ago, I was at Anime Expo chatting with my friend Ejen at his artist alley booth when I noticed his neighbor was selling a comic called Polterguys. The title alone says more about the book than any description or review could. I wanted to read it.

I talked to Laurianne Uy, who created Polterguys, a few times over the weekend. It turned out that we already met through Twitter, which was one more reason for me to get a copy.  I bought Volume 1 of Polterguys, which had just been released, and started reading it while riding the Metro home from the convention center.

Polterguys is based on the genre of shojo (girl) manga called “reverse harem.” Reverse harem is what Just the Ten of Us should have been if they catered the show to all of us 10-year-old girls who thought the Lubbock sisters were living the life at the all-boys school. It’s when one girl encounters a group of guys with distinct, idealized personalities, who vie for her attention. Probably the best known of the reverse harem stories (or, at least, best known to me) is Ouran High School Host Club. That one is, essentially, about a girl who is mistaken for a boy and ends up joining an all-male club at school. There’s a lot more to it than that, but I can’t go on without turning this post into a big explanation of manga tropes. Just read it, or watch the anime version.

In Polterguys, college freshman Bree is having roommate problems and moves into a house by herself, or so she thinks. Turns out that she does have new roommates, five male ghosts. They’re all really cool guys, but, like all ghosts, they have unresolved issues on earth. So, as they help Bree adjust to college life, she has to help them as well. It’s a sweet and funny book. The writing is also really straight forward so even if you don’t need to know anything about manga or reverse harems to enjoy it.