“‘Holding Back the Years,’ of course.” 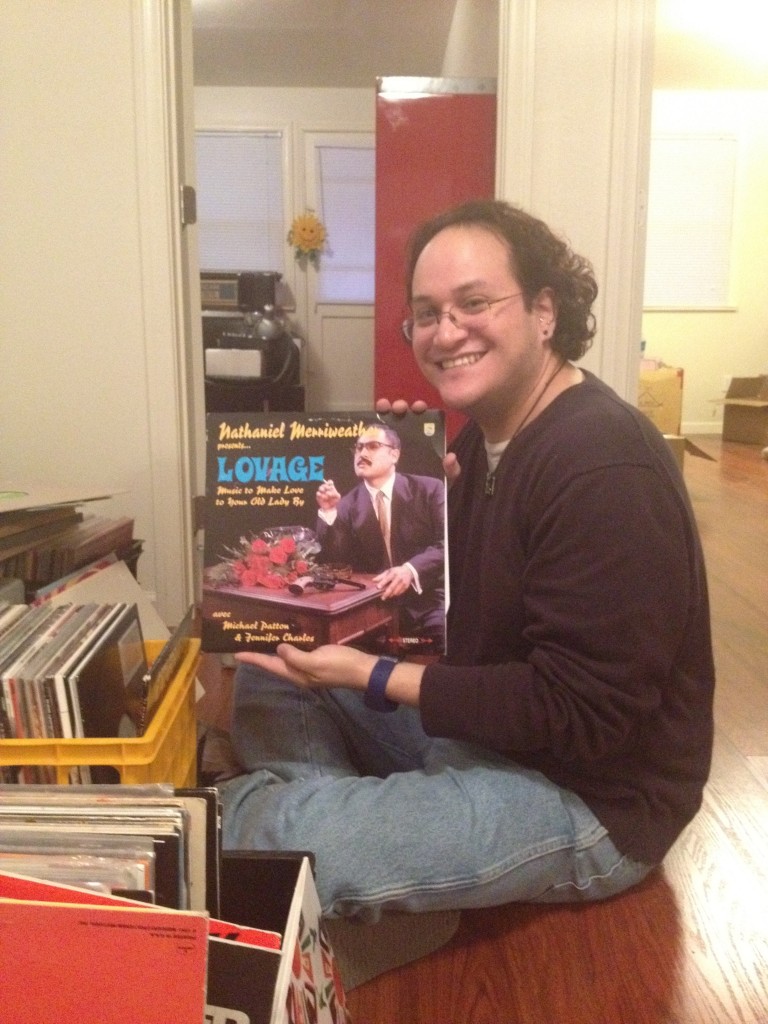 Roo dug this Lovage album. (Photo by me)

The night before, I hit up Roo on Facebook. “Want to come over tomorrow and help me figure out how to organize my records? Dinner’s on me.”

Roo arrived sometime in the afternoon, iPod fully charged and hosting the contents of the Party Girl soundtrack. I wanted to scream “Natasha!” and join him for an impromptu Vogueing session. I didn’t. He handed me a bag of BBQ Corn Nuts, so, instead, I croaked “Corn Nuts!”  In writing, mixed movie references are probably as bad as mixed metaphors. In real life, our love of Party Girl and Heathers overlap. Deal with it.

Inside, there were more crates of vinyl than there were pieces of furniture. I didn’t know where to begin. 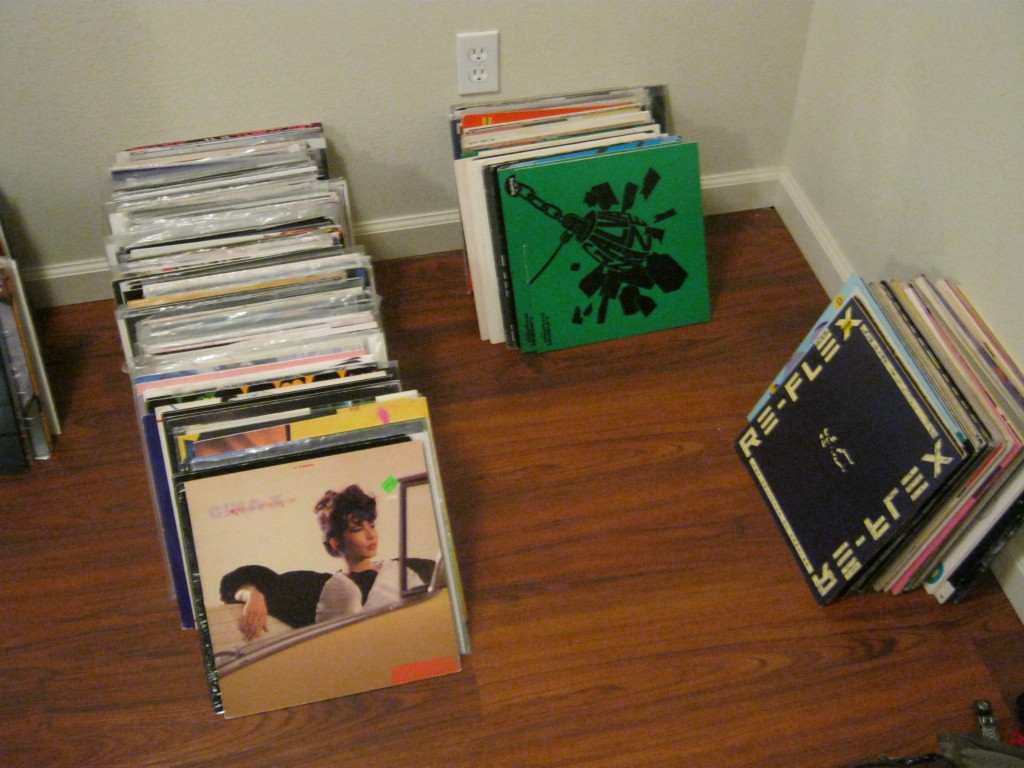 When we first tried to organize the records, it looked like this. (Photo by Roo.)

“I don’t think I want to deal with genres,” I said. I explained that I wanted something more meaningful, something that describes the way I would play them in a set. There would be no goth section, no techno section. Instead, I would organize according to the way I think they sound. I came up with categories with names like “Kraftwerkin’ Day and Night.”  The problem with that is that at least 50% of the records I own can somehow fall into a category designated “Kraftwerkin’ Day and Night.”

With every crate of records came a host of new questions. Do we keep ’80s Eurodisco and ’70s American disco in the same section? Where do we put all the ’80s stuff that isn’t synth-based? How do you classify Stereolab? Why on earth would I have a Phil Collins record?

“I got it for ‘In the Air Tonight.’ I just wanted it for the drums.”

The hours passed like a montage, but the sequence came to a halt when we realized that this wasn’t working.

We started from scratch three or four hours after we began. Rock came first. We pulled out records alphabetically, sorted them, got them on the shelves. And once we finished the rock section, we realized that we had been at this for a quarter of a day. We called it a night.

One thought on “The Day We Tried to Organize My Records”