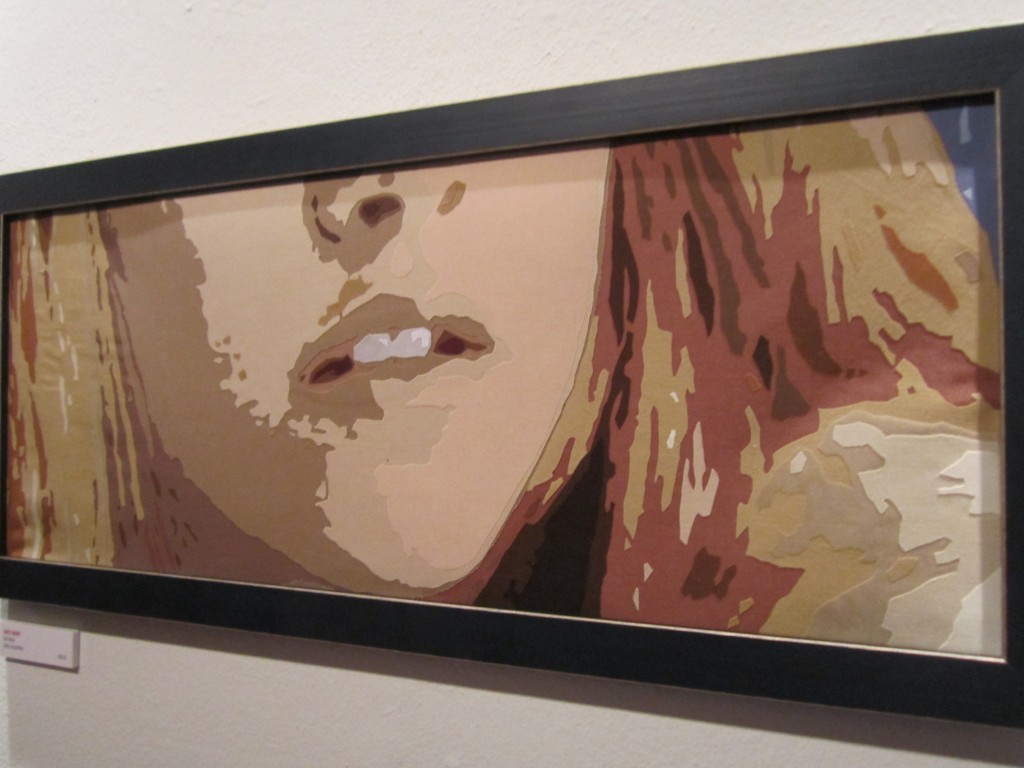 I met Kristen Stewart once. It was at a premiere for a movie I never saw, for a story I never wrote and our exchange lasted no more than two minutes. I don’t remember the exact conversation, I just remember that she seemed quite the opposite of everyone else I’ve met in my very limited experience of attending Hollywood events.

Red carpet events are a peculiar phenomenon. Though the carpet often isn’t red, the events are almost interchangeable. You have a bunch of reporters on the side of the carpet, each one given a space about the size of an 8″ x 10″ glossy. You wait for hours, in this case, in sunlight so bright that no amount of sunscreen could protect yours truly from a violent burn. You’re given a cheat sheet with the names and photos of the known attendees. You will reference this sheet a lot. Of course, a few more unannounced people will arrive and you will likely have no idea who they are even though they fall into that “celebrity” category. If– and this is definitely an if– you can score an interview with one of the stars, you’re given one or two questions and your goal is to keep them talking until a publicist drags them towards the next reporter. The actors are obviously well-rehearsed for these sorts of events. The ladies walk in very expensive high-heeled shoes as though they have been strutting with books on their heads since childhood. They pose for the photographers as though they spent decades practicing for just this moment in front of a mirror. Men and women answer every question as a sound bite. If they say anything that could be construed as kind of/sort of controversial, it’s only because that’s part of a carefully cultivated rebellious image.

I know this sounds cynical, but when you grow up in Los Angeles, you learn that nothing is real well before you learn how to drive. 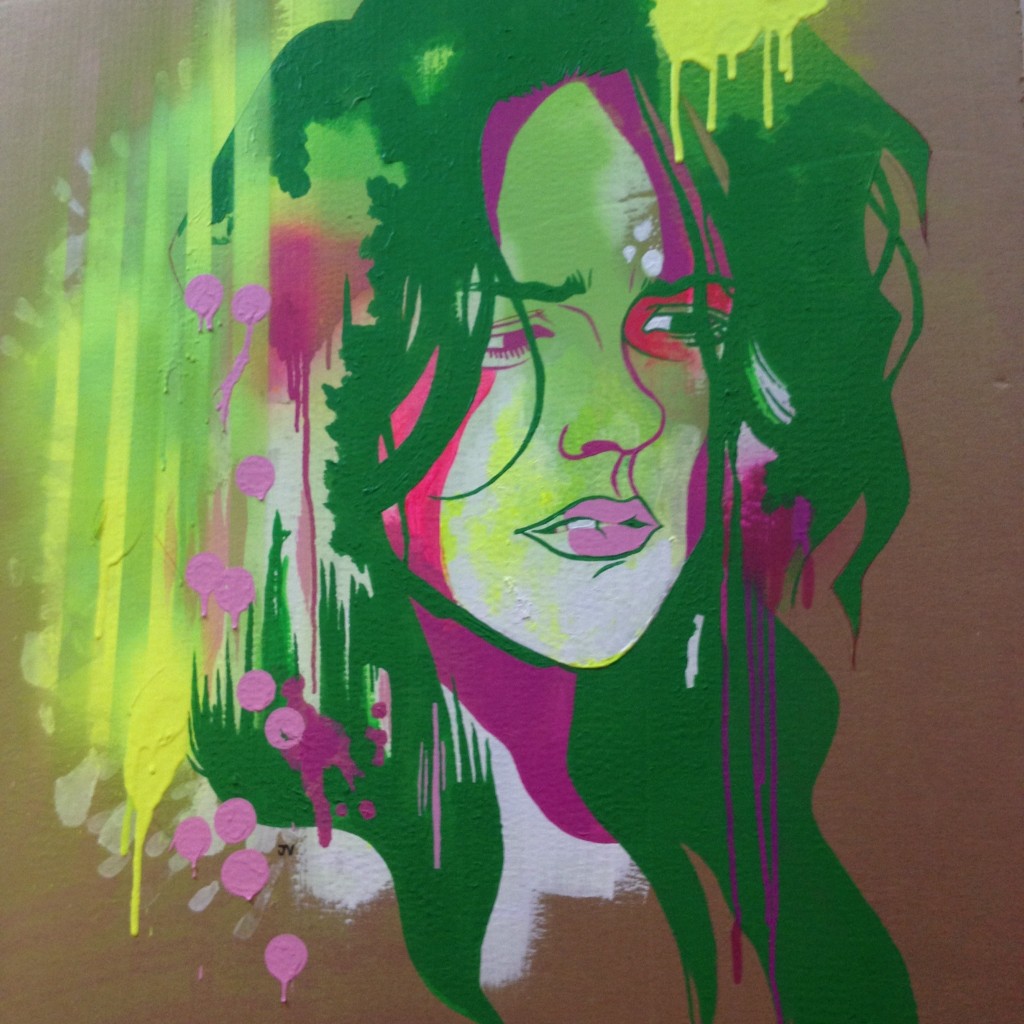 On the not-exactly-red carpet, Kristen Stewart seemed real. She didn’t answer in sound bites, but she did do that lip-bite thing seemingly subconsciously. She slouched. She looked as though she was honestly overwhelmed by the attention. It was weird and, honestly, refreshing. I’ve never seen the Twilight movies (mostly because, when I read Shannon’s copy of Breaking Dawn, the vampire C-section severely nauseated me), but I think Kristen Stewart is pretty cool.

Fortunately, so does Julia Vickerman. In fact, the Yo Gabba Gabba! artist is so intrigued by Stewart’s persona that she put together a large group show, “Muchos KStew,” at Meltdown Comics that celebrates the young actress. Shannon and I met up with Vickerman the week before the show to profile her for Meltdown’s blog. 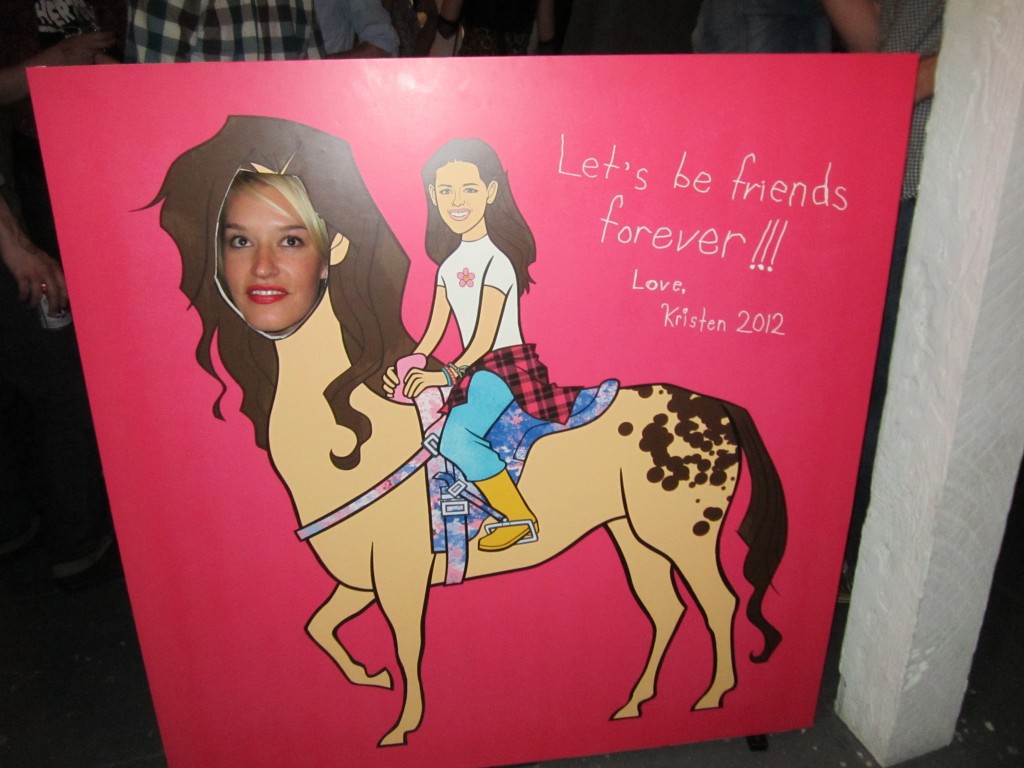 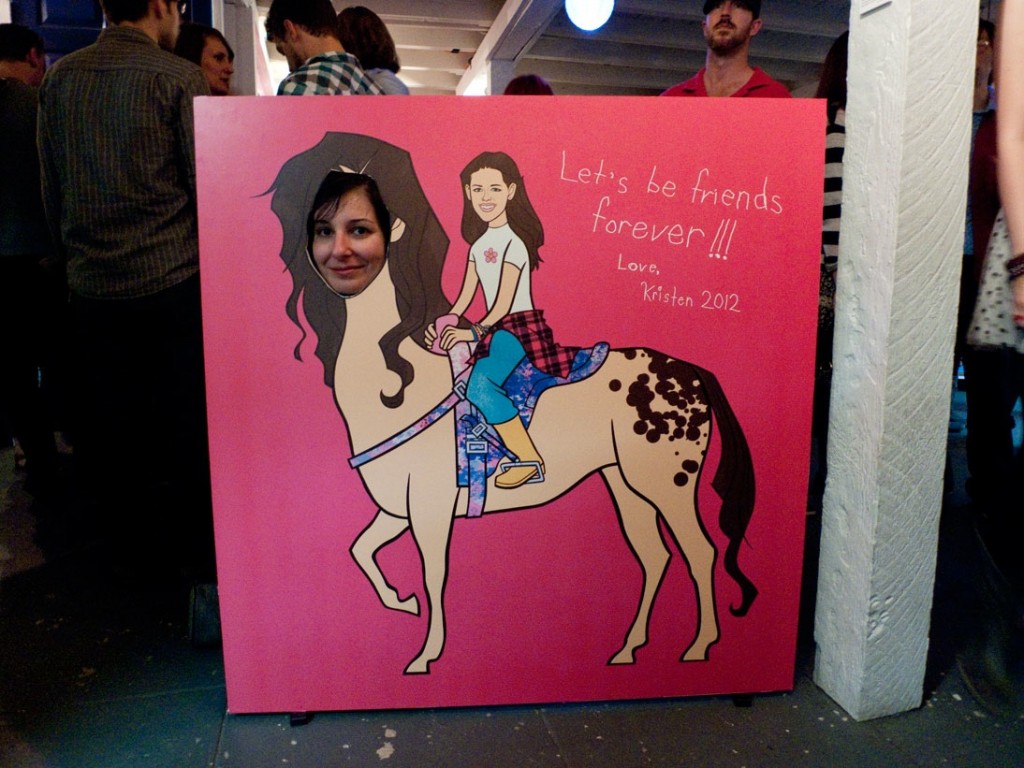 So am I. (Photo: Shannon Cottrell)

Of course, we hit up the opening party too.

What worked about the show was the diversity of Stewart-related art. There were cheeky pieces and serious portraits. There were interactive pieces, like a piñata and a cardboard cut-out that was perfect for goofy photos of your intrepid reporters. A video installation with an old-fashioned television set featured a long series of cut-up interview footage of Ms. Stewart. There was even a theme cocktail, called the Lip Bite.

The show was fun and clever and definitely exposed a few more Stewart fans to the world. At the very least, there are a lot of people fascinated with her lip-bite. Check out a few more photos on the following page.

One thought on “Lots of Images of Kristen Stewart”