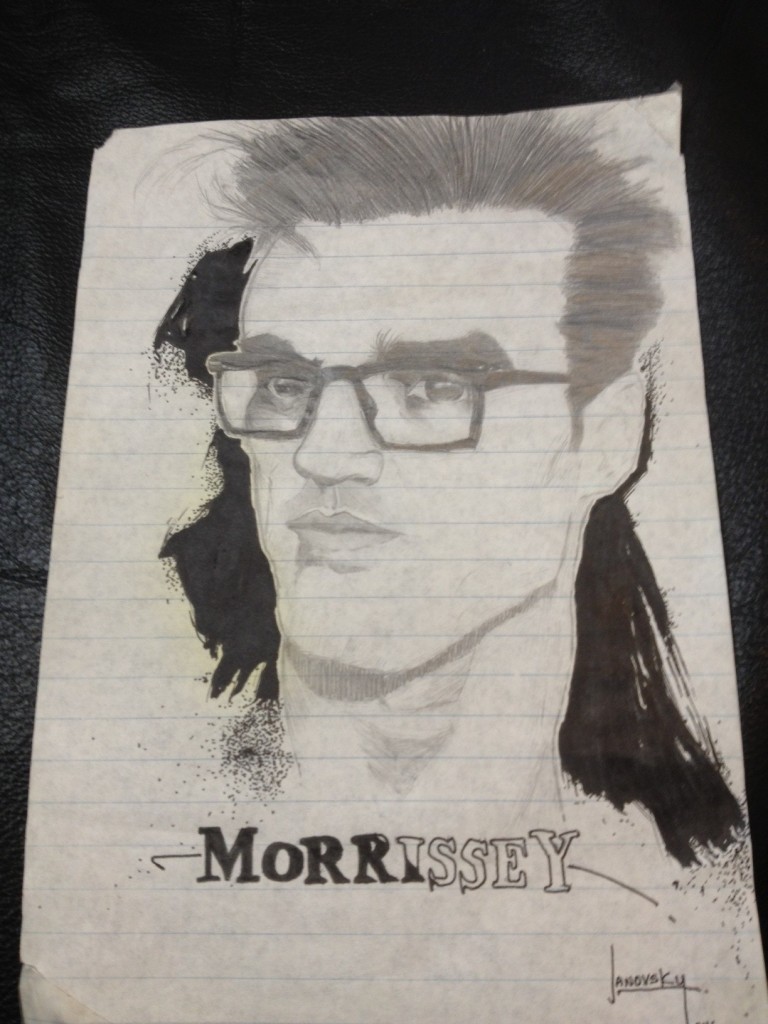 So now I’m going to tell you about Animal Sounds.

Several years ago, I was working at a music magazine called The Rockit. We needed a comic strip. I called Jeaux. He said he would only do it if I wrote it. I was amazed that he asked me because, secretly, I had been wanting to collaborate with Jeaux on something since we were 16, but I never thought anything I could write would be good enough for his art.

After many a phone conversation, we came up with Animal Sounds. It was a gag strip revolving around too-cool animals that worked in a record store. The first one was a long Morrissey/Oscar Wilde joke.  It was fun, but then Jeaux got a job in another city, the magazine folded and that was that. I was sad, mostly because it was the first time I had worked on something that I felt had some good potential.

Every once in a while, Jeaux and I would mention doing something with Animal Sounds. Then, last spring, he brought it up again and I was tired of writing non-fiction all the time, so we decided to really make a go of it. Animal Sounds will be a web comic, with a plot and character development and all sorts of good stuff. I’m in the middle of revising the first chapter now, so, hopefully, we’ll be ready to get this thing off the ground pretty soon.

I’m really uncomfortable writing anything that isn’t based in journalism. Sometimes I think that’s all I know. So far, Animal Sounds has been a really good way to reach out of my comfort zone. I’m actually excited about it and it’s been a long time since I’ve been excited about something I’ve written. I can’t wait for people to see it. Before that happens, though, I need to finish that revision and get it to Jeaux.