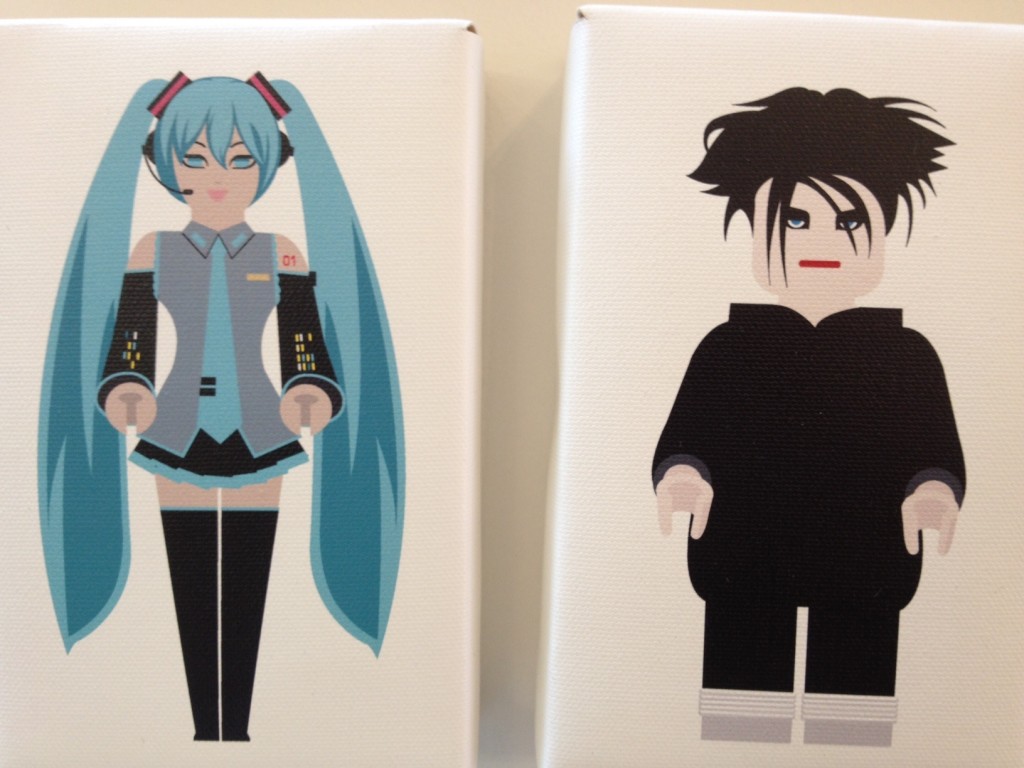 I was interviewing Luke Chueh. 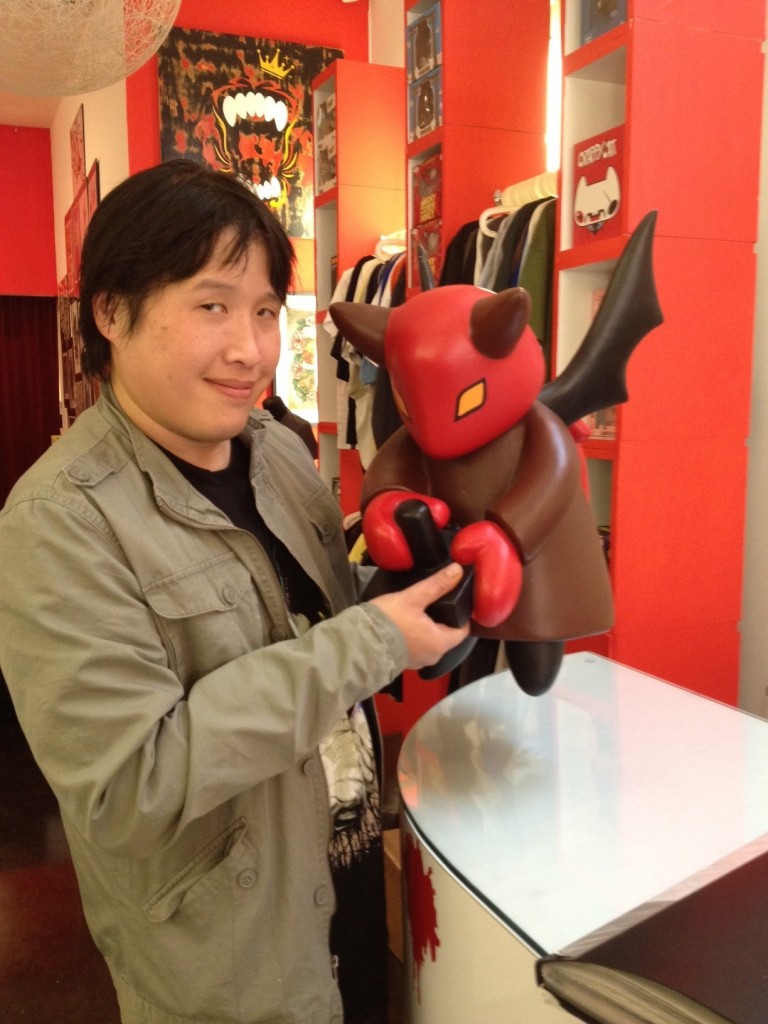 That’s Luke Chueh. He’s holding one of his super cool designer toys. You can find a good amount of Luke’s work at Munky King, which is why we met up there for the interview. This is the same spot where we did our first interview, which ran on L.A. Weekly‘s arts blog last year.

I also have a habit of running into Luke nearly every time I’m on Melrose. I actually saw him at Gallery 1988 on Friday. That wasn’t so much of a coincidence, since he had a piece in the Adult Swim show. Check out my write-up (with quotes from Luke) in Monday’s installment of Cult Stars.

So I interviewed Luke. I’ll reveal the details when it’s out, or about to come out, or whatever.

On my way back to the car, I spotted this Joy Division poster in the window of Melrose Music. 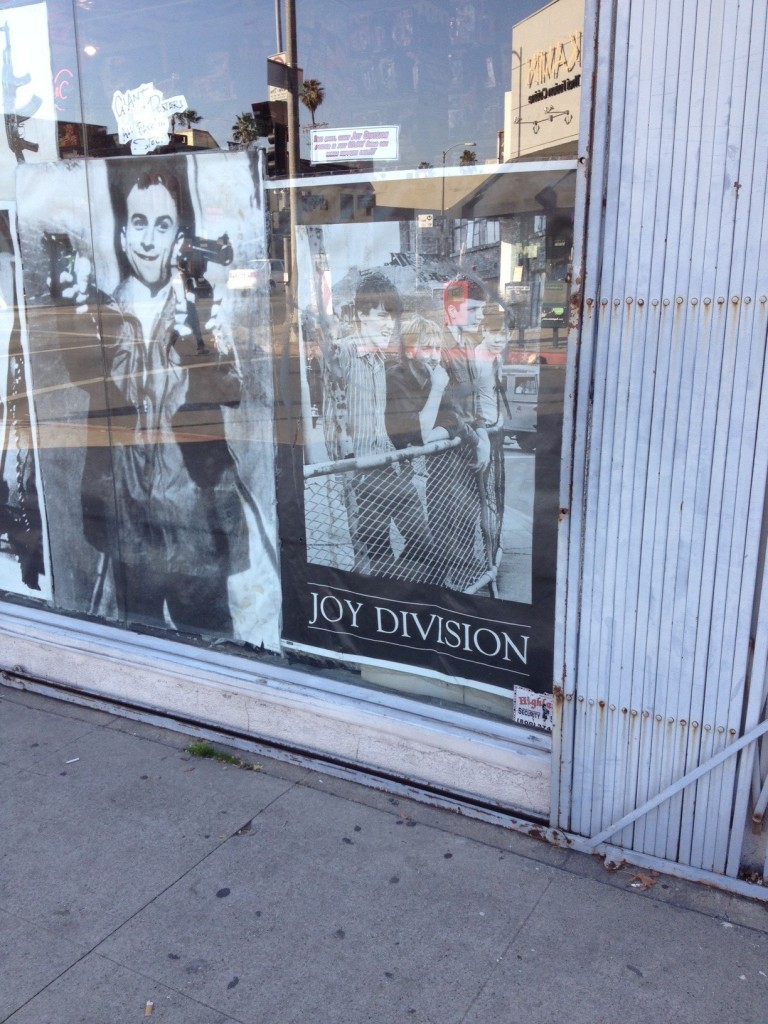 I drooled a little. Okay, a lot.

I’m a firm believer that you’re never too old to have band posters hanging on your wall. But, I also know that I have way too many items awaiting frames so that they might hang on the walls of my own abode.  That said, I didn’t even bother to ask if it was for sale.

I finished up the work day with a phone interview with Eric Joyner. I love his robots. They are amazing and you will read more about them on Thursday. Stay tuned.