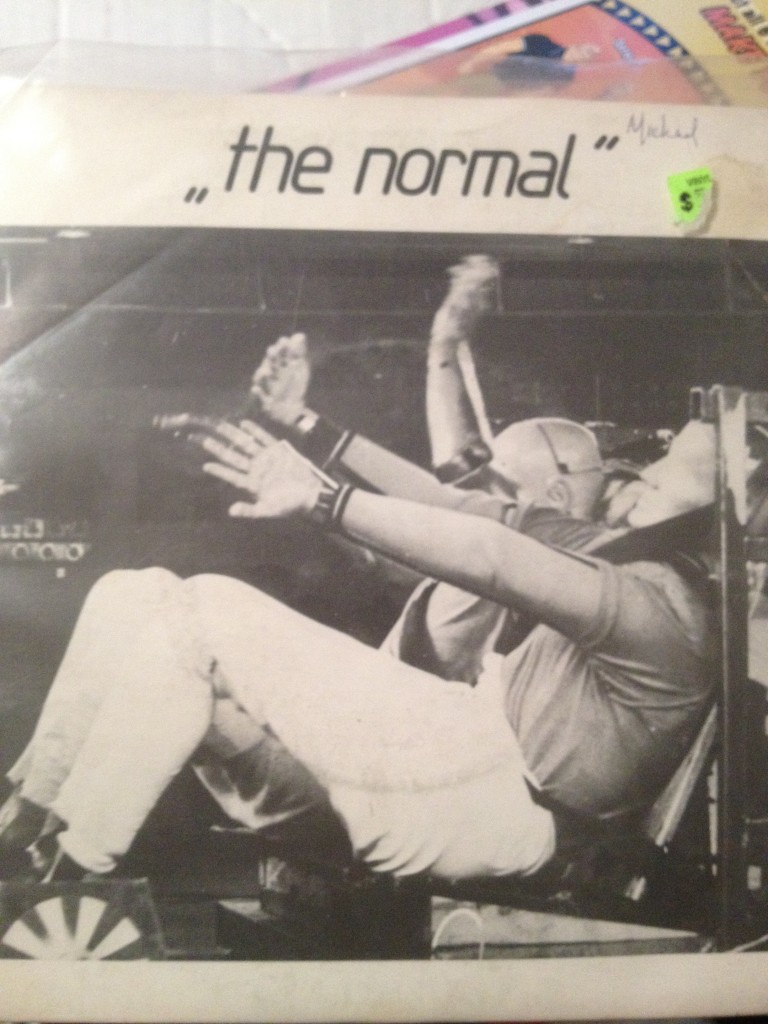 The Normal “Warm Leatherette” 7″. Bought this at Vinyl Fetish back when I first started collecting records.

This Friday, we’ll be dropping everything from The Normal to Hot Chip for our I <3 Synthpop party. Facebook users, you can RSVP here.

My sets are typically pretty synth heavy (after all, I did DJ at a synthpop party called Satellite back in the late 1990s), so I don’t think it will be that different from usual. However, I do plan on bringing some special cuts, like “Warm Leatherette.”

Of course, I love to play new music too and, hopefully, I’ll have a few semi-surprises for you on Friday. In the meantime, I would say expect to hear this one from Hot Chip, as it’s really popular at the club right now.