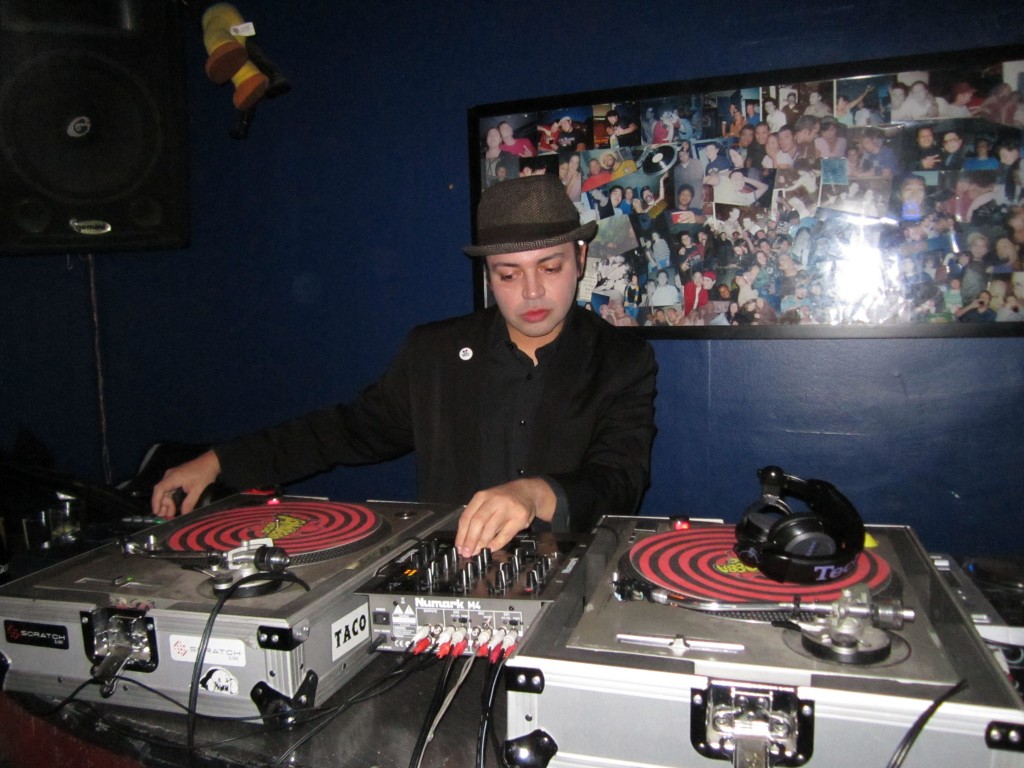 Then we headed over to Blipsy’s Barcade, across the street from the KFC mentioned earlier in this post. XY:XX, one of my favorite parties. Saturday night, my old friend Job Leatherette celebrated his birthday with a DJ set that included “Youth” by Soft Cell. The sound, overall, was dark and rooted in the ’80s. Local band the Secret Society of the Sonic Six celebrated the release of their new record and new video for “Blame & Blood.” I’ve been a fan of this band for a while, in fact, I used to play one of their earliest tracks in my sets at Transmission. It was great to hear and see new work from them. 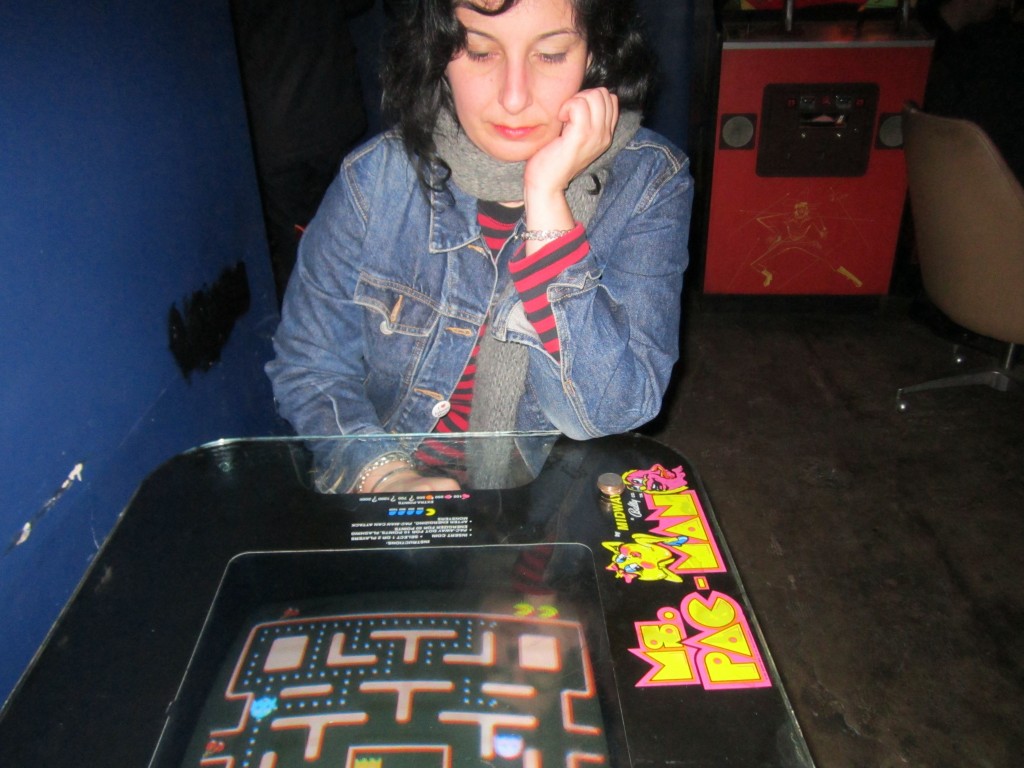 Blipsy’s is as much an arcade as it is a bar. It’s filled with games that my friends and I used to play at Chuck E. Cheese when we were small and toys that were part of our lives at the same time. Some might decry this a “hipster” spot, but they just can’t handle the whimsy of ’80s pop culture.

I won’t lie, I probably spend more time playing Ms. Pac-Man here than I do dancing. It’s a given as Ms. Pac-Man is only one of the greatest games ever made. I used to be quite good at playing this classic, but my skills have diminished with time. However, I’m slowly  rebuilding my joystick wielding reflexes. By the end of Saturday night, I was almost on a roll, but then last call came and went and we ran out of quarters. I need to go back soon.

One thought on “Mr. T’s Bowl, Blipsy’s Barcade and the KFC on Western in Koreatown”