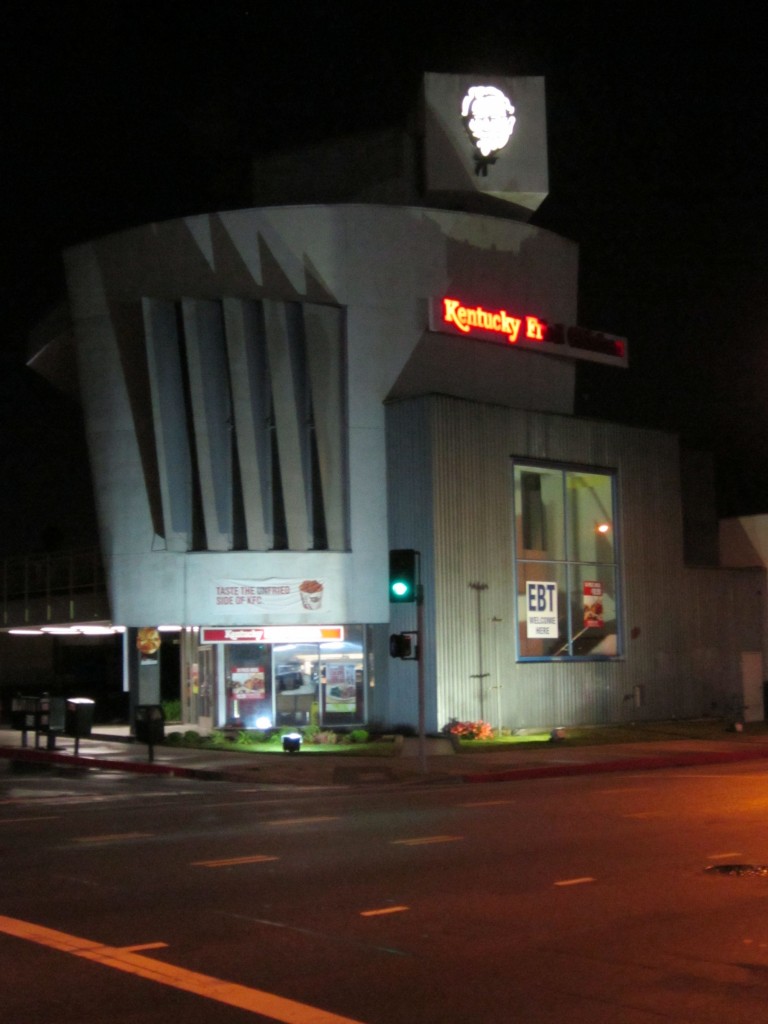 There’s a Kentucky Fried Chicken on Western Avenue in Koreatown that will put any other KFC to shame. I don’t know if the food is any different at this spot, in fact I doubt it is. But, this joint is such a bold, yet abstract, testament to fast food culture in Los Angeles that it serves as a marker. Whenever people are heading to Blipsy’s Arcade, the address is followed by some variant of “across the street from KFC,” and everyone knows of which Colonel Sanders original recipe outlet you speak.

This KFC is tall and wide and seemingly made of concrete with appendages jutting out of the side. It’s the Walt Disney Concert Hall of chain eateries, less blinding than Frank Gehry’s monstrosity, but still capable of instilling chills and cries of “What the fuck?” to passers-by.

My boyfriend mentioned that the building is supposed to be shaped like a chicken, which makes sense. From the angle at which I shot the photo, you can see a head and wings and a tail. Check out more photos on Visit Koreatown that show how the body is clearly shaped like a KFC bucket.

L.A. is a weird city. I never realized that until I started traveling. Other cities don’t stick an oversized donut on a roof so that you know where you can get a scrumptious, glazed treat. They don’t have a building that looks like a stack of 45s. We’re the kids with the overactive imaginations, nearly 10 millions Pippi Longstockings crammed into one sprawling county. My hometown can take the most mundane aspects of urban life and make them magical. 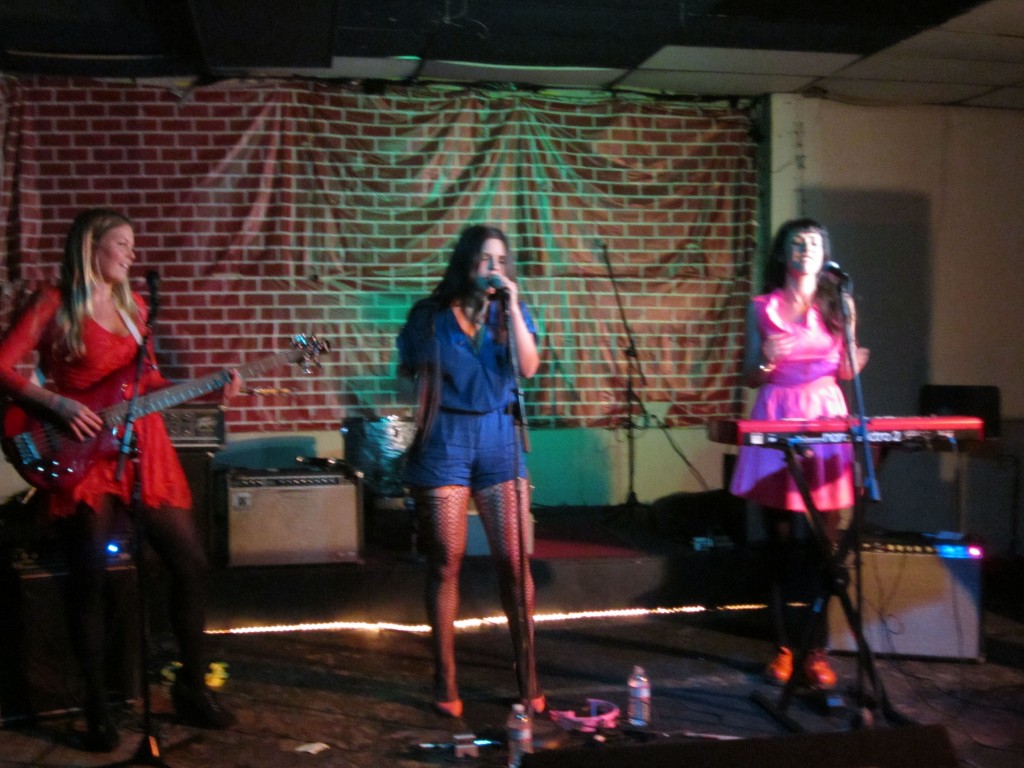 In Highland Park, there’s a club called Mr. T’s Bowl. In a previous life, it was a bowling alley. Now we slide across the slick floor while we’re checking out new bands. We were there on Saturday night for a French pop party called Décadance. This isn’t a frequent party, but it’s a fun one. My pal Mark, who used to spin regularly at Underground, puts it together and Larry G., Underground’s founder, was on the decks last Saturday.

We stopped by early, taking enough time to cram inside a tiny bar that looked as though much hadn’t changed since the mid-20th century.  There were old movie posters hanging in the venue and people who looked like they stepped out of Godard films on the dance floor. The music piping through the speakers were largely culled from the sort of aging, gorgeous vinyl you’ll find in the International section of the record store. We got to check out Les Bonbons, three ladies who cover French songs like “Ca Plane Pour Moi” (Plastic Bertrand) and “Contact” (Brigitte Bardot).

One thought on “Mr. T’s Bowl, Blipsy’s Barcade and the KFC on Western in Koreatown”