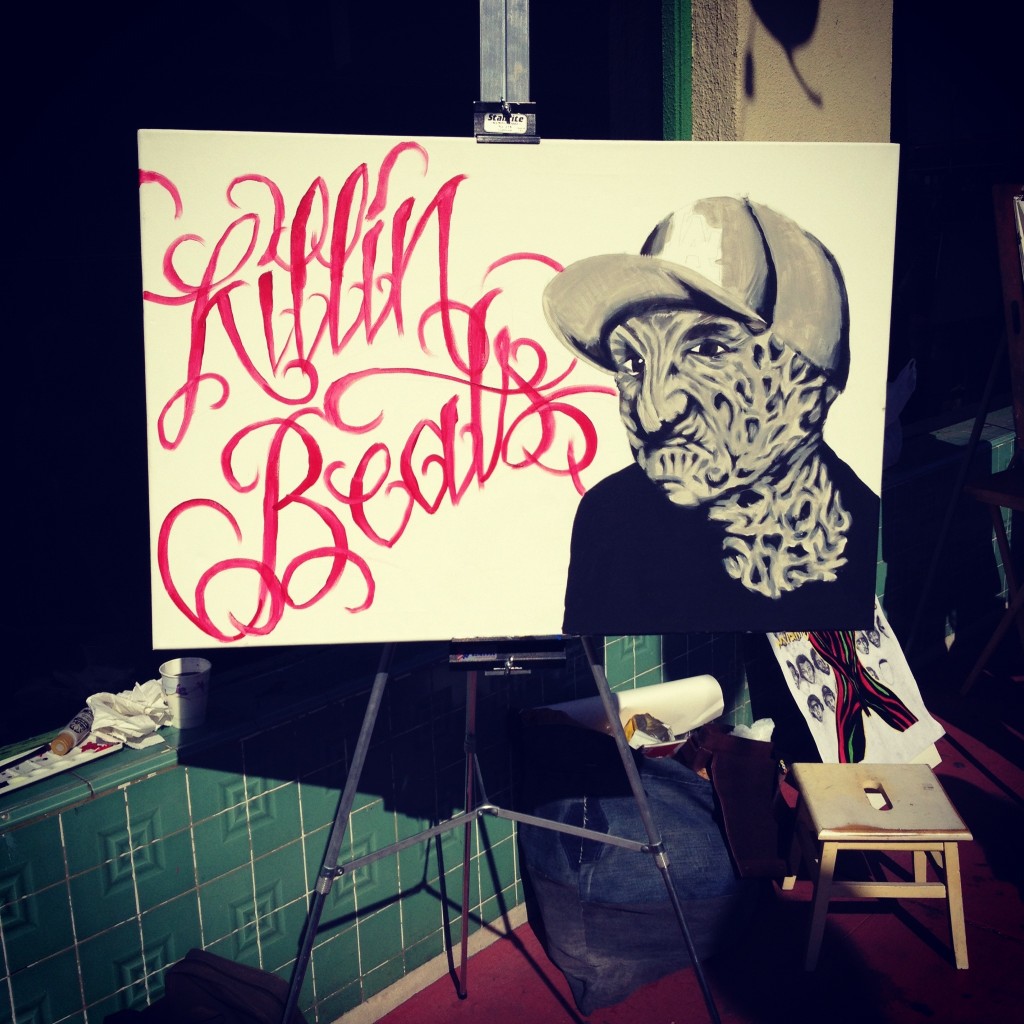 I’m really lucky to have a boyfriend who likes crate digging as much as I do. Many of our best adventures revolve around our never-ending quest for the most bad ass record collection and Sunday was no different. We headed down to Chinatown for the fourth anniversary of the Beat Swap Meet. It’s been a long time since we went to this record collector fun fest and it certainly has grown. Last time we went to a Beat Swap Meet, it was only inside the Grand Star (the same venue where I spin for Underground). This time around, the event took up almost all of the main Chinatown plaza on Broadway. 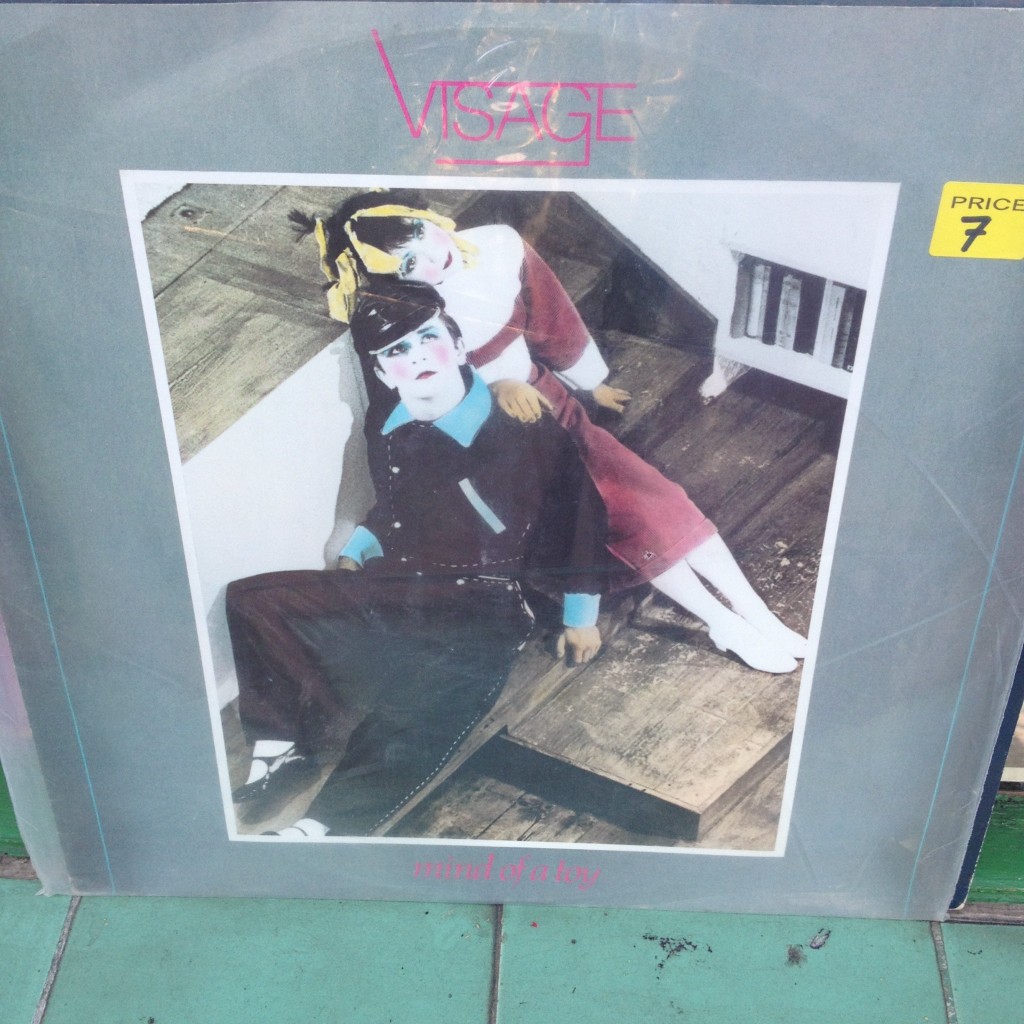 I was really excited to find this Visage 12″ for “Mind of a Toy,” which features all dance mixes. The cover is gorgeous. More importantly, though, it hosts the dance mix for “Frequency 7.” “Fade to Grey” was the big Visage hit, but “Frequency 7” is the one that’s often cited as a big influence on the emerging sound of dance clubs in the 1980s. (Read Last Night a DJ Saved My Life, the best book on DJ culture around, for more on that.) A nice and clean 12″ single version of the track is a must for my collection. 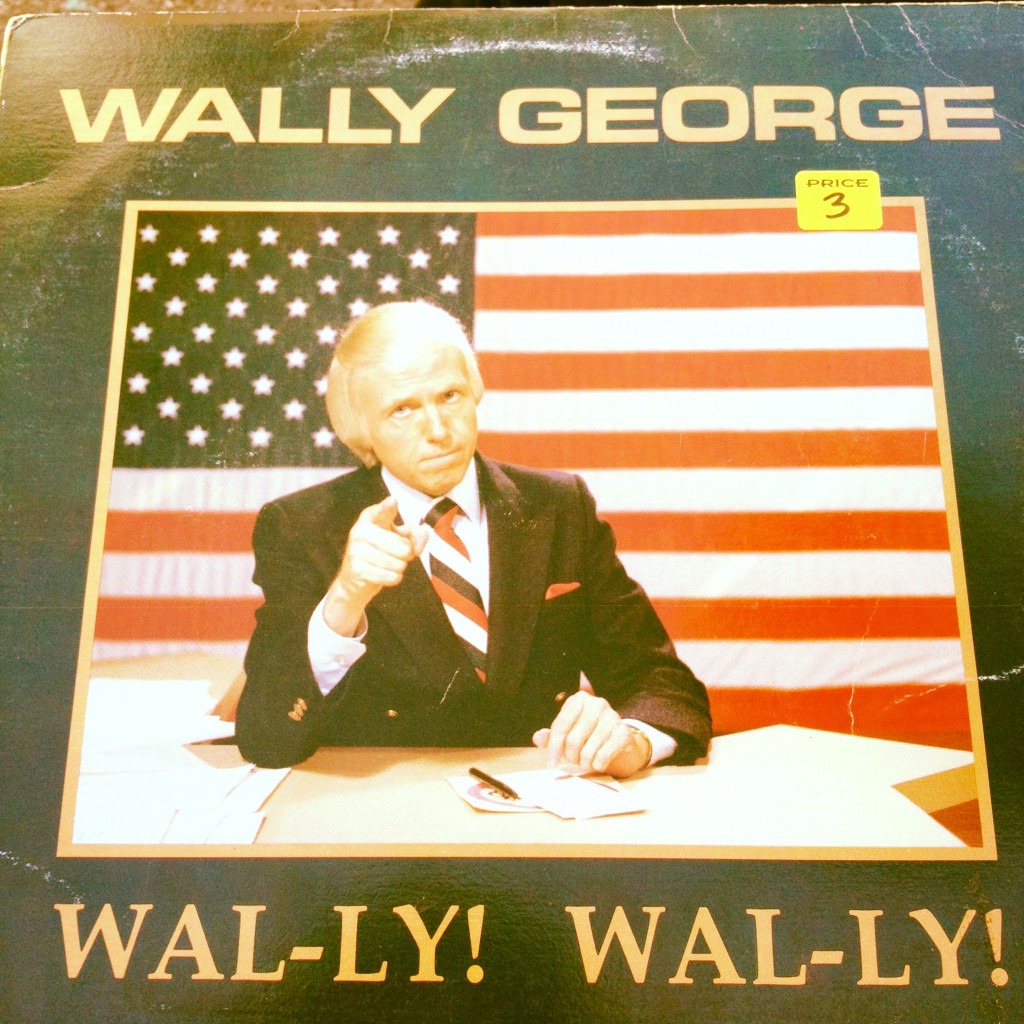 Meanwhile, my boyfriend found this Wally George record, something that probably won’t make a whole lot of sense to people who didn’t grow up in Southern California sometime during the 1980s and ’90s. At that point in time, Wally George had a show on the Orange County-based station, KDOC. He was a conservative talk show host, but he wasn’t like the people on Fox News or AM radio. He was more like the daytime talk show hosts that came along in the 1990s, focusing on the outrageous. It was ridiculous and, pretty much everyone I know who grew up around here, watched him to some extent. The liner notes do a great job of explaining the show. 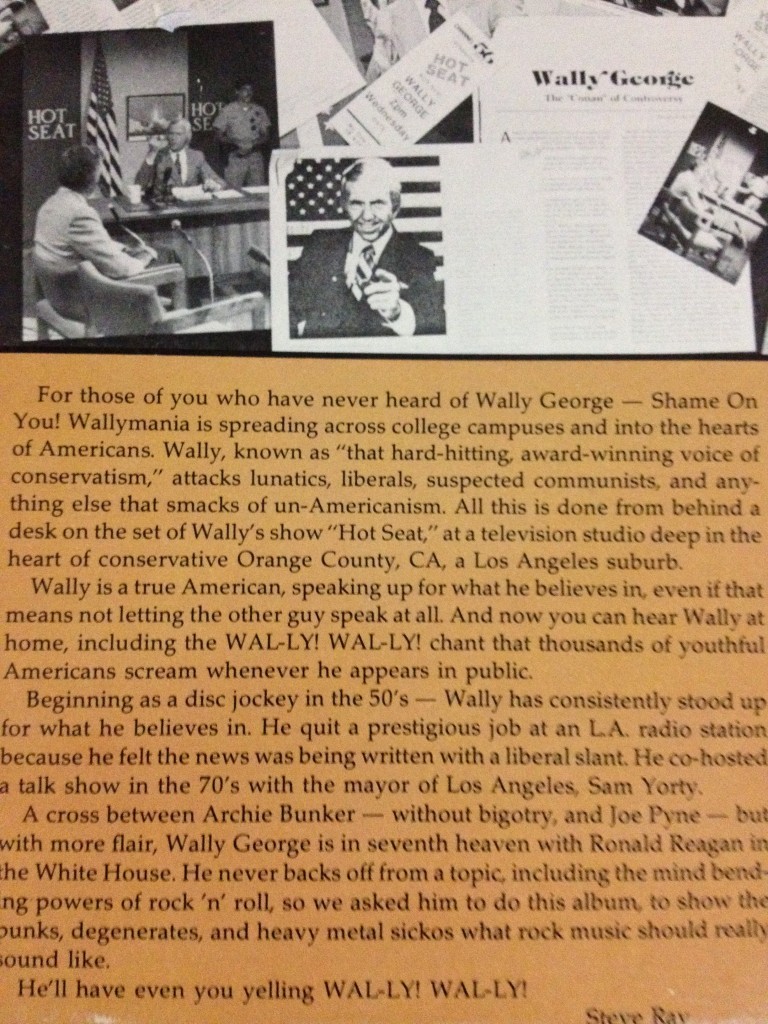 Finding this record made us nostalgic for Gwar, strippers and Rev. Bud Green. Yes, this is what we watched when we were children.