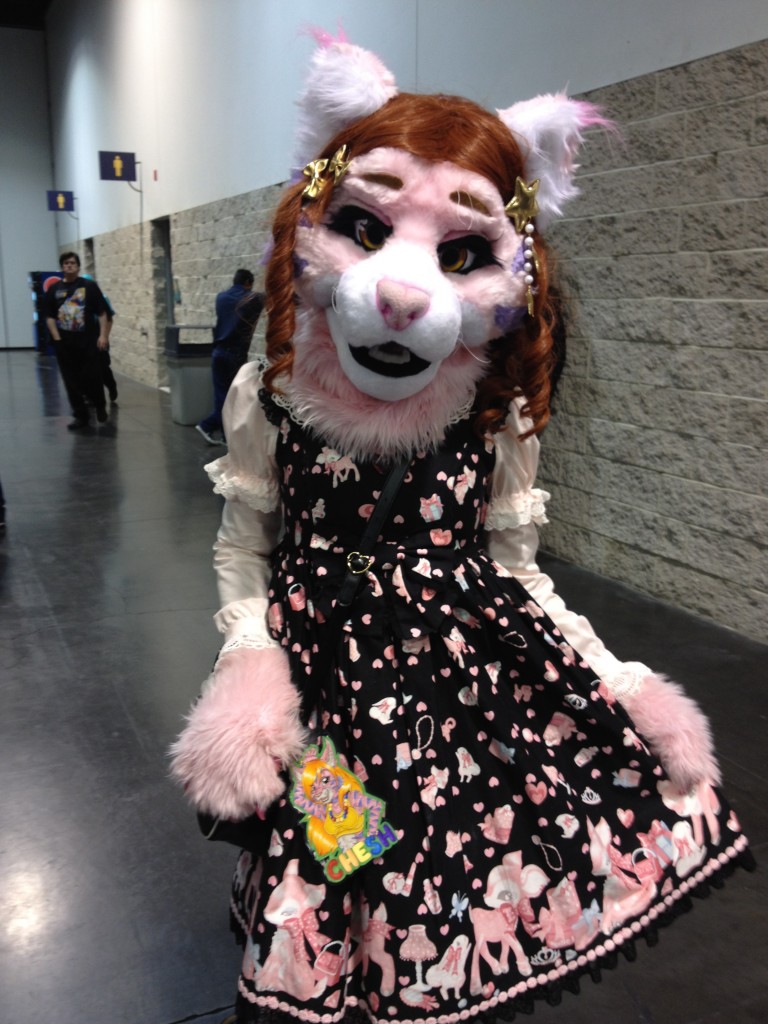 AM2, Southern California’s kind of free anime convention, took place last weekend at the Anaheim Convention Center. I am loath to drive to Orange County (Traffic on a Saturday morning? Really?), but I am also a sucker for anime conventions, so I went. It was, overall, a good time. I hung out for a bit with Ejen from Cosplay in America and we caught an impromptu PLUR session in the lobby, complete with hula hoops and a cameo appearance from Stewie Griffin. (Check out Ejen’s AM2 video for more on that.)  I sat in on the Putumayo Q/A session as well as Ani.me’s panel. I spent most of my time in the exhibit hall, which was documented in the Monday installment of my Cult Stars column, “Top 5 Things You’ll Find in an Anime Convention Exhibit Hall as Seen at AM2.” There’s more from AM2 that I haven’t posted yet, so stay tuned.

On Monday, Shannon and I unleashed our latest studio tour in the Hard Road to Rad series we do for Meltdown Comics. We returned to Titmouse Studios, but, this time, we were there to meet with Carl Jones to talk Black Dynamite. I’m really excited about the show and you should be too. Read, “Carl Jones Brings Black Dynamite to Adult Swim This July.”

I recently did a small story on up-and-coming L.A. comic book artists for Los Angeles Magazine. I haven’t had the chance to pick up a copy yet, but Shing Yin Khor, who is featured in the story for her awesome webcomic Marlowe the Monster, did. Check out the teaser on her Tumblr.

And then there was this Twitter trend #ThingstoNeverAskaDJ and I got all into it because, seriously, some people need a reminder about manners and stuff.

Right before I wrote that rant, though, I headed out to West L.A. where I met a fantastic singer. May’n got her biggest break in Japan, and, really, the world when she provided the singing voice for Sheryle Nome in Macross Frontier. Currently, her song “Chase the World” can be heard on the series Accel World. I did this interview Wednesday afternoon (thank you, Risa, for interpreting) and turned it in Thursday morning (very early in the morning, I might add, I went back to sleep as soon as hit send) for my Cult Stars column.

I’m writing this right after getting home from May’n’s show at the Key Club. I missed a good chunk of her set thanks to unusually terrible Hollywood traffic, but what I saw was amazing. The club was very full. I hung out in the back of the room with Del from Tune in Tokyo where there was room to breathe. Up at the front, the fans were waving glow sticks in a nearly synchronized fashion. May’n played a good mix of rock and dance numbers with a lot of energy and personality. She closed the main portion of the set with “Diamond Crevasse,” from Macross Frontier. For the grand finale, she performed “Chase the World.” If you ever have the chance to see May’n live, do it.