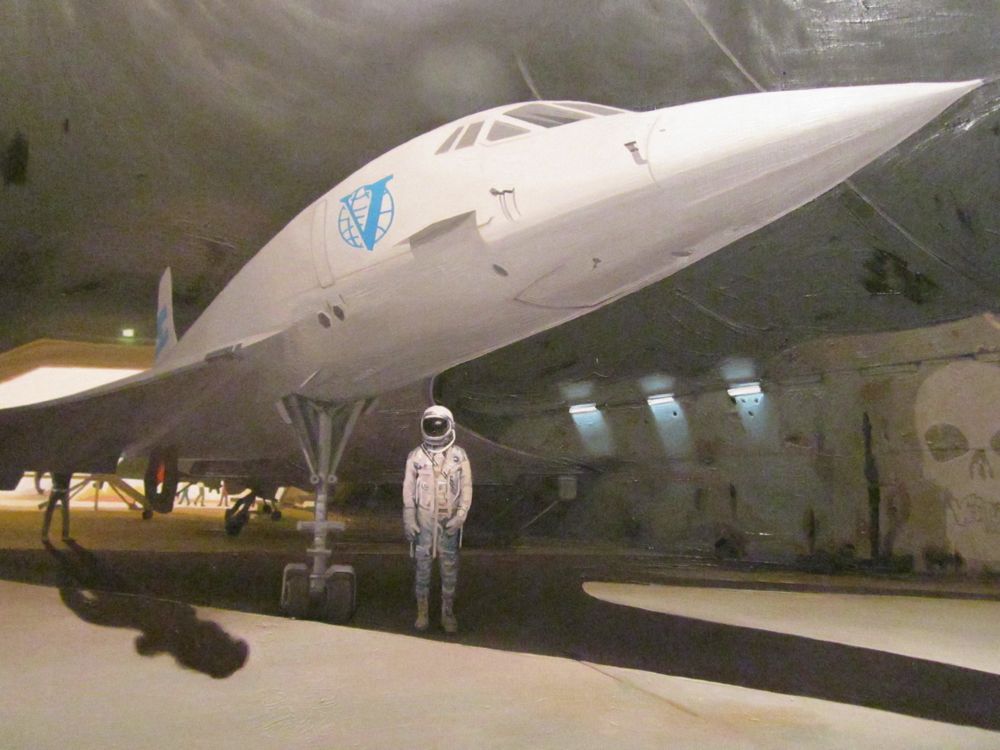 I watch a lot of Adult Swim and have done so since the network launched a decade ago. So, I was really happy to cover for L.A. Weekly. You can read the write-up in today’s Cult Stars column.  I also managed to take enough photos for a slideshow, which includes the above photo.

The photo at the top of the page is of my favorite piece from the group show. I think I’ve made it really obvious that I’m a fan of The Venture Bros. Quite frankly, I think it’s the best show on television. I was really impressed with how Scott Listfield incorporated his astronaut character into a Venture setting. After meeting him at the opening, I looked up Listfield’s work online and was really taken by the his astronaut paintings. Check out more on his site.

The show itself was a lot of fun, despite my disdain for tightly packed crowds. My friends Marc and Alma came up from San Diego for the show and it was great to see them.  I got to show Marc and Alma around Melrose, which was a non-event on account of the fact that so little is open on that street after 9 p.m. It was also really nice to finally meet Chris, another VB fan that I’ve known online for quite some time. Getting to chat with Caro from Sweet Streets and Luke Chueh was always a blast as well.

That was pretty much all I did last weekend. Got a busy week ahead as I somehow managed to score two assignments today. More on that later.