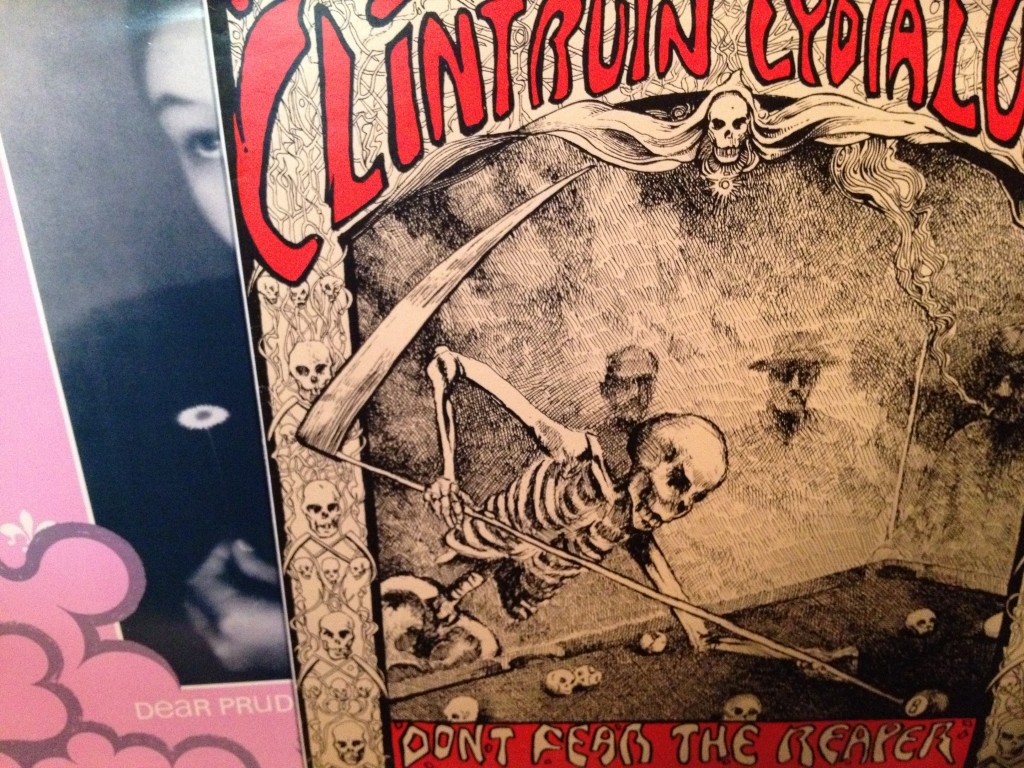 In case you’re interested, here are the Top 5 stories on Beatique this week.

I wrote this for a few friends of mine who want to start record collecting, but the advice resonated with other readers too.

2. “Debbie Gibson Albums Are Going for How Much in Japan?”

Wall Street Journal reported that some records go for a lot more in Japan than they do in the U.S. I was intrigued. So were you.

College radio is awesome, but it can’t function without your support.

5. “Welcome to My Music Blog, Where Hipster Rules Apply”

The title should be self-explanatory. 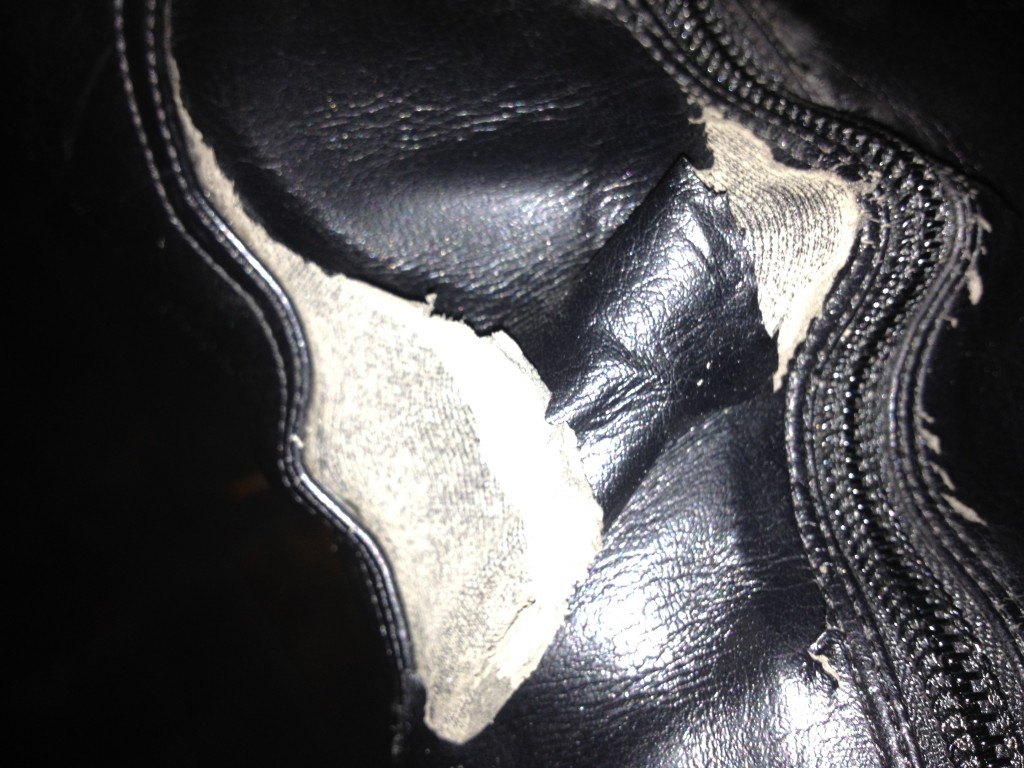 I couldn’t give a crap about the shoes. They were old and cheap. I suppose it was bound to happen. But, did epic ankle support fail have to happen on the night where I intended to dance for hours? Oh, gods of the dance floor, sometimes you are unjustly cruel.
END_OF_DOCUMENT_TOKEN_TO_BE_REPLACED

Tomorrow is Underground. I won’t be spinning, but Larry G., Diana M. and BipJeffington are. It’s going to be all about the New York bands. You know what that means, right? Interpol. Yes, I’m aware that there are plenty of other bands from New York as well, but, really, you should see how fast people run to the dance floor for Interpol at Underground.

Anyhow, if you’re on Facebook, you should RSVP so that you can get in for free before 10 p.m. and $5 thereafter. Underground is at the Grand Star in Chinatown, across Broadway from the Gold Line stop, and it’s 21+.

I’m listening to Flying Lotus‘ new album, Until the Quiet Comes, right now. It won’t be released until next week, but it is streaming exclusively on NPR this week. So far, I dig it, but I’m only a couple tracks into the release. That, I suppose, is indication that this is an immediately likeable album.

Anyhow, Flying Lotus is making a bunch of appearances in L.A. and New York to mark the release of the album through the consistently solid label, Warp. The first of these engagements is at Amoeba Music in Hollywood on October 1. It’s a DJ set and record signing. The following day, he’ll be joining the Low End Theory crew for a Boiler Room L.A. event that will be streamed live beginning at 7 p.m. PST. There will be another Boiler Room event in New York on October 8, as well as appearances at Brooklyn Flea Record Fair (signing event, 10/6), Terminal Five (10/07), Apple Store SoHo (live talk and performance, 10/09), Villain (10/10) and East Village Radio (10/10). He’ll return to L.A. on 10/26 for a date at Club Nokia.
END_OF_DOCUMENT_TOKEN_TO_BE_REPLACED

I’ve never met Richie Hawtin in person. I interviewed him on the phone once, for an L.A. Weekly article that ran back in 2008 and is now replaced with a lovely 404 error. (Hey, isn’t Internet supposed to be forever?) Despite having never met Hawtin in an official, shake-your-hand capacity, I am thoroughly convinced that he is the coolest guy in electronic music.

Hawtin is a fantastic DJ. (I’ve seen him play several times, once with Jeff Mills, which was kind of the be-all-and-end-all of techno nerdery in L.A. back when we thought our city had Berlin potential.) He’s a great producer and has decades of awesome work tied to his name. But, the reason he stands above nearly everyone on my Awesome Electronic People list is because of his commitment to technology. Hawtin pushes music forward, both sonically and technologically. The gist of his career, at least from my own observations, is that technology exists to empower artists to explore horizons that previously existed only in our imaginations.  It’s not about erasing the past, so much as it is about embracing it as we march onward towards the future. This is why I’m incredibly excited to hear about Hawtin’s latest endeavor.

Hawtin and DJ/producer/labelhead Loco Dice have joined forces for CNTRL: Beyond EDM a music and education tour of college campuses across the U.S. and Canada. Only a limited amount of dates have been released so far, primarily encompassing the U.S. East Coast and Midwest, along with Ontario and Quebec. According to the press release I received, there should be a West Coast tour next year.
END_OF_DOCUMENT_TOKEN_TO_BE_REPLACED

I’ve been waiting for The Presets to release their latest album, Pacifica, for months. It’s already out and I still don’t have that vinyl copy I’ve been craving. Paychecks can’t come soon enough because this album is gold and I’m tired of listening to it over and over again on Spotify.

“Ghosts” is my favorite track off of Pacifica. It’s forceful and poppy, kind of like certain ’80s hits that I love, i.e. “In a Big Country.” I really want to play it at Underground, but it’s kind of hard to dance to “Ghosts.” Trust me, I’ve tried.

So, now there’s this new remix from Fort Romeau. It’s called the “Burly Man Mix,” so, as you can imagine, it keeps the tough grunts that run throughout the song, but it’s still very much a club track. I like it. In fact, if someone plays this at a party, I will likely dance to it. I still want that album, though, and I’m still torn over which track from Pacifica I’ll play at Underground. Guess will find out soon.

Behold, the new single from Crystal Castles, “Wrath of God,” is now available for your listening pleasure via YouTube and Soundcloud.

Crystal Castles is a dance floor favorite of mine. (I play “Suffocation” a lot at Underground and have played “Baptism” too, the latter specifically for a friend of mine) I love that they can get so damn noisy without obscuring the hook or losing the beat.

As for the duo’s new album, it’s called (III) and it’s out digitally on November 5, with the physical release to follow the next day. According to the press release I received, it was recorded primarily in Warsaw and Berlin with a “no computers” rule and deals with themes like “oppression.” The cover art, which you can see in the YouTube clip, features a mother and son following a protest in Yemen.

Crystal Castles will be on the road through the bulk of autumn. I’m thinking about checking out the show at the Hollywood Palladium on October 20. Anyone else going?

A few month ago, Beatport offered a new program that allows DJs to create mixes based on songs available through the digital music store and actually make some money off of it. As DJ Tech Tools reported last June, DJs get 10% of the money earned from Mixes compilations. The rest goes to the labels and performance rights organizations. This is a really cool project.

Even cooler, though, is that Droog announced the release of their first Mixes effort this morning. Clocking in at just over an hour, this set features tracks from their own label, Culprit, as well as other luminaries in the dance world. You can get it for $5.29 on Beatport.

Droog are Andrei Osyka, Brett Griffin and Justin Sloe. With their DJ sets, releases, record label and parties, they have been instrumental in making L.A.’s dance music scene awesome. (Check out the feature I wrote on them for L.A. Weekly back in 2009.) They just collaborated with Inxec for the track “Rude,” which you can also find now on Beatport. L.A. people, you can check them out on the roof of the Standard downtown on October 7 for the next installment of their Culprit Sessions parties. Follow Droog on Facebook for more info.

I’ve had this website for months now, but could never figure out what I was going to do with it. I guess, I knew that it would be sort of music-based when my boyfriend said, “Hey, why don’t you call it Beatique?” Music, though, can take a lot of twists and turns and I wasn’t sure where this could go.

I’m not an incredibly self-assured person, but I am confident that my taste in music is awesome. Unfortunately, though, it’s become obvious that the artists I want to cover are a hard sell. On top of that, I have no interest in covering the abominations that comprise the bulk of the U.S. Top 40, nor do I ever want to cover faux pop music scandals. So, I’m just going to post all that stuff here. If you like it, great. If not, then don’t read it.

That said, Beatique is now a music blog and hipster rules totally apply. Vinyl releases always get preferential treatment. Also, if I post about an artist who later becomes popular, I reserve every right to brag about this fact for years, both in person and on the blog.

Here’s one more tidbit for you. I won’t be posting traditional reviews. Truth is, I detest writing album reviews and I’ve done enough of those to last me two lifetimes. Don’t ask me to review your album, single, mix tape, etc. It’s not going to happen. I will, however, write about both recorded and live music in other ways.  Enjoy.

Last night, I was clicking through YouTube, minding my own business when I came across this video for “Branches” by Chrome Canyon on Stones Throw’s channel. It was everything I love about 1970s and 1980s movie scores packed into one song. Turns out that Chrome Canyon’s Morgan Z is into movie soundtracks, enough so that he made a mix of some choice tunes that was made available on SoundCloud yesterday.
END_OF_DOCUMENT_TOKEN_TO_BE_REPLACED